Sweeping economic, political and social changes across the world present various challenges to global managers. The move toward privatization imposes enormous influence on the world economy. Economic freedom is considered to be very critical in the relative wealth of nations. One of the most striking changes today is that most nations have suddenly begun to develop the complexity of high-tech industrialization, decentralized, free-market systems in order to manage a global economy of intense competition and an awakening hunger for freedom. 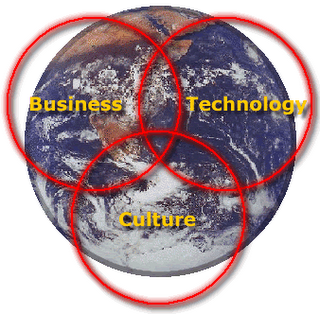 Russia
Consumers’ climbing confidence and affluence along with increasing foreign investment in Russia is giving a boost for the economy. Membership in the WTO in 2011 promised additional trade liberalization. Gross domestic product (GDP) growth for 2011 was about 4.3 percent. Russia has been regarded as more politically stable. New land, legal and labor codes have encouraged foreign firms to take advantage of opportunities in that immense area, in particular the vast natural resources and the well-educated population of 145 million.

With a growing middle class and vast infrastructure needs, export opportunities are abound in Russia. Due to persistence of corruption and government interference along with excessive regulations, infrastructure problems and lack of the rule of law, the country is still facing some foreign trading problems. The protests of the people in 2011 and 2012 indicated considerable unrest about political procedures that resulted in the return of President Vladimir Putin.

The Middle East
The changing geopolitical landscapes due to the revolutions across the Middle East, which toppled leaders in Tunisia and Egypt and ousted the regime of Colonel Muammer Gaddafiin Libya, have made investors wary, but looking for opportunities. Egypt, where the political landscape has been redrawn in recent months, is beginning to attract interest from Gulf, Western and Asian international investors. The main theme to consider by companies in regard to whether enter these markets is the potential for long-term growth that will ultimately lead to a more positive outcome.

According to The Arab World Competitiveness Report issued by the World Economic Forum, the United Arab Emirates (UAE) is the most competitive economy in the Arab world among the countries at the third and most advanced stage of development. It is followed by Qatar and Kuwait countries. Among countries at the second stage of development, Tunisia and Oman are the best performing Arab economies while Egypt is the regional best performer in the third group of countries. So, companies eyeing to establish their market in new region, may consider the UAE region.