Starting a business is hard. You need a great product or service, investors who believe in you, possibly office space and employees to assist you. In the United States, you also have to deal with government regulations that are among the least business friendly in the world. Countries in the former Soviet Union are better locations to start a business due to less regulations.

Government regulations often require small business owners to fill out paperwork for projects and processes — many argue this takes hours and is excessive. Employment rules can change every few years based on the political party in power. Minimum wage raises are needed for a strong workforce but will impact small businesses if other measures aren’t enacted to counterbalance. Many feel the government is taking their hard-earned profits.

Excessive regulations, although well-intended, keep businesses from succeeding or even getting started in the first place. An example is with construction permits. Since the Obama Administration took office, construction permits approval time is double. Businesses now have to wait up to 80 days to start on a project. Other than healthcare expenses, government regulations are the biggest challenges to small business.

Donald Trump promised to rebuild our infrastructure by cutting back government regulations that thwart progress and productivity. He even suggested dismantling the Environmental Protection Agency so that business and production would not be delayed.

Trump promised to remove many of Obama’s executive orders that he felt were bad for business and the economy. Furthermore, he signed executive action that would require “knock(ing) out two regulations for every new regulation” created by federal government agencies.

In January, President Trump signed an executive order meant to speed up reviews of potential environmental impact of infrastructure projects. The goal was to give top priority to improving our electric grid and telecommunication systems.

In a February speech to Congress, President Trump asked for legislation to fund $1 trillion to invest in rebuilding our crumbling roads, tunnels, bridges and airports. Creating and filling millions of American jobs. Trump’s goal is to have the projects start immediately, and not have to wait through all the environmental reviews, approvals and permits that typically hold up progress. The regulatory system, which protects workers and the environment, can also waste taxpayer time and money. 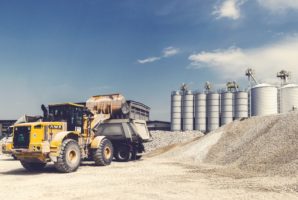 One thing is for certain: the construction business will be booming. The government will work on cutting regulations that strangle progress. Construction and contracting companies will enlist the help of people and machine power, in readiness for their upcoming infrastructure projects.

In order to do all of this work in an efficient and effective manner, businesses will need reliable construction equipment. Just as technology has brought great advances in every part of our lives, it’s also true with construction equipment. There are companies that can send crews to fix vehicles and equipment on site when transporting them to a service center is impossible or impractical.

Remove the red tape, and let’s fix our infrastructure. Sounds good, right? But what are the environmental impacts of removing the arguably costly and inefficient regulations that protect our natural resources? Here are a few environmental rules that will be relaxed or removed by executive order:

The stock market has already responded. As a result of the executive orders that ended and cut regulations, economic growth is apparent. Speculation about further regulation cuts are the cause of record stock market gains. The Dow Jones Industrial Average reached 21,000, which has never happened before.

Deregulation is a must for Trump’s infrastructure plans and projects to succeed. Unnecessary delays will keep Trump’s plans from boosting the economy. Therefore, streamlining regulations to make them more business friendly is a great idea, but we must also protect our people and natural resources.

The immediate results of Trump’s executive orders are apparent. The fallout from removing and relaxing environmental regulations is yet to be seen. Hopefully, our elected officials can cooperate and find a balance between environmental protection and necessary infrastructure repairs.

Filed under: Infrastructure, News
Share Tweet Pin G Plus Email
previous article: NYSE:EQY Shareholder Notice: Investigation of Takeover of Equity One, Inc.
next article: Hip-Hop in the USA – Yesterday & Today, and the Truth about Rappers’ Success