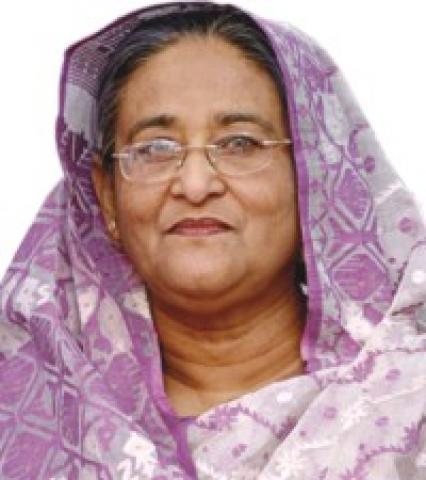 Awami League (AL) President Sheikh Hasina yesterday said the new government to be formed by her party-led alliance will continue the ongoing anti-graft drive to build a country free of corruption.

She also said they want to make the next parliament effective and for that the post of the deputy speaker as well as some chairmanship of parliamentary standing committees will be given to the opposition, and she pledged to uphold human rights more effectively too.

The AL chief made the statements to a six-member UN team headed by Francesc Vendrell who went to Hasina’s Sudha Sadan resident in the capital to greet her on her party’s landslide victory in the recent parliamentary election.

"Impartial drive against corruption will continue and the law will take its own course," Dr Hasan Mahmud, a member of parliament (MP)-elect also a personal aide to the AL chief, quoted her as saying after a meeting between Hasina and the UN delegation.

Dr Hasan told reporters that the UN team wanted to know from Hasina how their international organisation could extend their help efficiently. In reply, Hasina told the delegation that they could provide training for the MPs-elect.

He said the AL chief told the delegation that she has plans to make the parliament effective ensuring active participation of the opposition.

Meanwhile, addressing party activists from Pirganj, Rangpur in Sudha Sadan, Hasina reiterated that she will implement all her election pledges, and expressed gratitude to the voters for electing her as an MP of the constituency.

When her visiting followers requested her not to give up the Pirganj seat, she said she will represent all Bangladeshis in the parliament.

Vendrell told the reporters that they discussed Hasina’s future plan, and how the UN could help Bangladesh.

Replying to a query, he said they hope to see a peaceful atmosphere prevailing without any provocation, to allow formation of the new government.

Meanwhile, Dhaka city unit of AL yesterday in a special extended meeting directed its activists to follow the directions of the party chief regarding staying calm and showing tolerance towards the opposition.

President of Sabujbagh thana unit of AL in the capital, Sundor Ali, and vice-president Rahmat Ali faced the music in the meeting from their party colleagues for their alleged role in working against the party candidate there in the election.

Meanwhile, AL General Secretary Abdul Jalil yesterday told reporters that veteran party leader Zillur Rahman should grace the post of the country’s president as party leaders and supporters want to see him in that post.

Talking to a private TV channel he also said the cabinet of the new government will be comprised of 40 to 45 members.