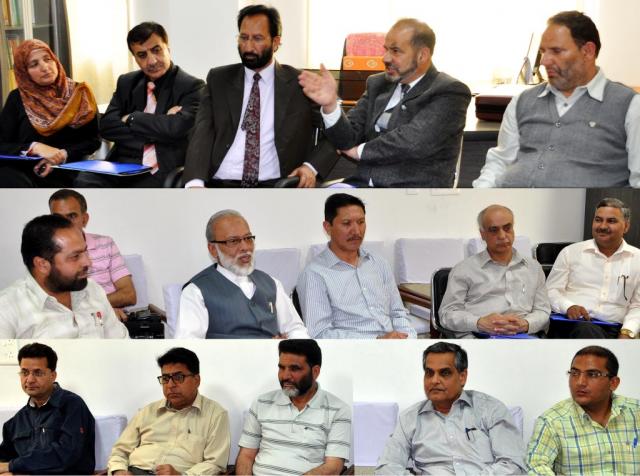 Jammu,April 16 (Scoop News) – The Inter Media Publicity Coordination Committee (IMPCC) meeting, which was attended by all senior media heads of J&K State has emphasized for an effective and public-oriented awareness campaign so that general public is properly educated and informed about importance of various central and state government schemes launched for their benefit.

The meeting discussed threadbare ways and means to appropriately highlight the achievements of the government with special focus on various flagship programmes launched by the Centre and State governments for the welfare of the public socio-economic emancipation of the state. The main issues which came under discussion for focused media coverage included Campaign for importance of Civil Body Polls, the Prime Minister’s Reconstruction Programme, Special Employment Programme on Rangarajan Committee and its recommendations which will enable private sector to train and provide employment to 8000 youths a year, the Special Health Care incentives for pregnant mothers and the new borns by Central government and Jashan-e-Baharan organized by IMPCC.

Speaking on the occasion,  Bashir Malik urged for greater coordination among different units of both central and state media organizations adding that all the available resources need to be put to use for dissemination right information appropriately to the people of all the three regions of the state viz , and Ladakh. He said that various union Ministers and Administrative Secretaries would be regularly invited to visit the state for interaction with the local media for acquainting the people about the programmes and policies of the central and state governments aimed at the welfare of the people. He said regular meetings of the local media organizations shall also be held to take stock of their working viz-a-viz educating the masses about the benefits of various ongoing schemes.

Director Information called for greater coordination among various central and state media units to educate the people about various flagship programmes and schemes and their benefits for the people. He said in the modern era of publicity, the official media has a pivotal role to make the people aware about the government policies and programmes in right perspective. He assured full cooperation to the concerned officers of Doordarshan Kendra and Radio in disseminating relevant information to the people about various welfare schemes of the government.