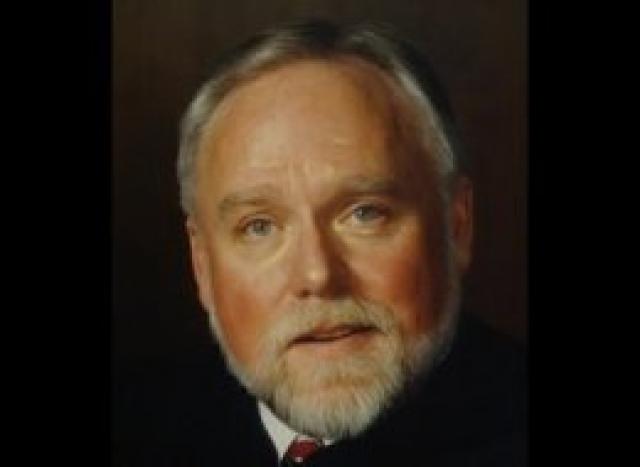 If Chief U.S. District Judge Richard Cebull doesn’t resign, he must be impeached.

Article II, Section 1. states: The judicial Power of the United States, shall be vested in one supreme court, and in such inferior Courts as the Congress may from time to time ordain and establish. The judges, both of the supreme and inferior Courts, shall hold their Offices during Good Behaviour, …” – U.S. Constitution

In an interview with the Great Falls Tribune yesterday, Federal Judge Richard Cebull admitted to sending a racist email from his official courthouse email address. However, Judge Cebull wants us all to rest assure he is not a racist. He just forwarded his racist email to a few “old buddies”.

He never intended the offensive “joke” to be seen by the general public. And what little “joke” did Judge Cebull share with his buddies? Cebull introduced his “joke” with this comment: “Normally I don’t send or forward a lot of these, but even by my standards, it was a bit touching. I want all of my friends to feel what I felt when I read this. Hope it touches your heart like it did mine.”

“A little boy said to his mother; ‘Mommy, how come I’m black and you’re white?” the email reads. “His mother replied, ‘don’t even go there Barack! From what I can remember about that party, you’re lucky you don’t bark!"

Attempting to explain himself, Cebull said, “The only reason I can explain it to you is I am not a fan of our president, but this goes beyond not being a fan…I didn’t send it as a racist, although that’s what is it. I sent it out because it’s anti-Obama.”

In the Great Falls Tribune article, Travis McAdam, executive director of the Montana Human Rights Network points out, “the state’s code of judicial conduct, which applies to state court judges, not federal jurists, requires them to behave impartially both in and out of the courtroom… ‘Somebody of that stature, a federal judge, if they want to express their dissatisfaction with the president, you would assume they would do it about policy and issues, not circulating an email that is racist and vulgar in content,’ he said”.

While the judicial code of conduct only applies to state court judges, Cebull’s behavior flies in the face on any reasonable interpretation of Good Behaviour. For his part, Cebull has admitted to “poor judgment” and has apologized to all those offended.

Nonetheless, many Americans can no longer trust Judge Cebull to be an impartial jurist. In fact, most people of color will inevitably consider Cebull to be both politically and racially bias, with astonishingly poor judgment. Does the U.S. Federal Courts really need a judge that admittedly shows poor judgment?

For this reason, Chief Judge Richard Cebull must either resign or be impeached.

Please join our Facebook page at www.facebook.com/ImpeachRichardCebull and voice your outrage!

Filed under: Opinion, Politics
Share Tweet Pin G Plus Email
previous article: Love Should Be About ‘Love’ And Not About Money
next article: The yellow and the brown, gold and green of trees provide an enchanting sight