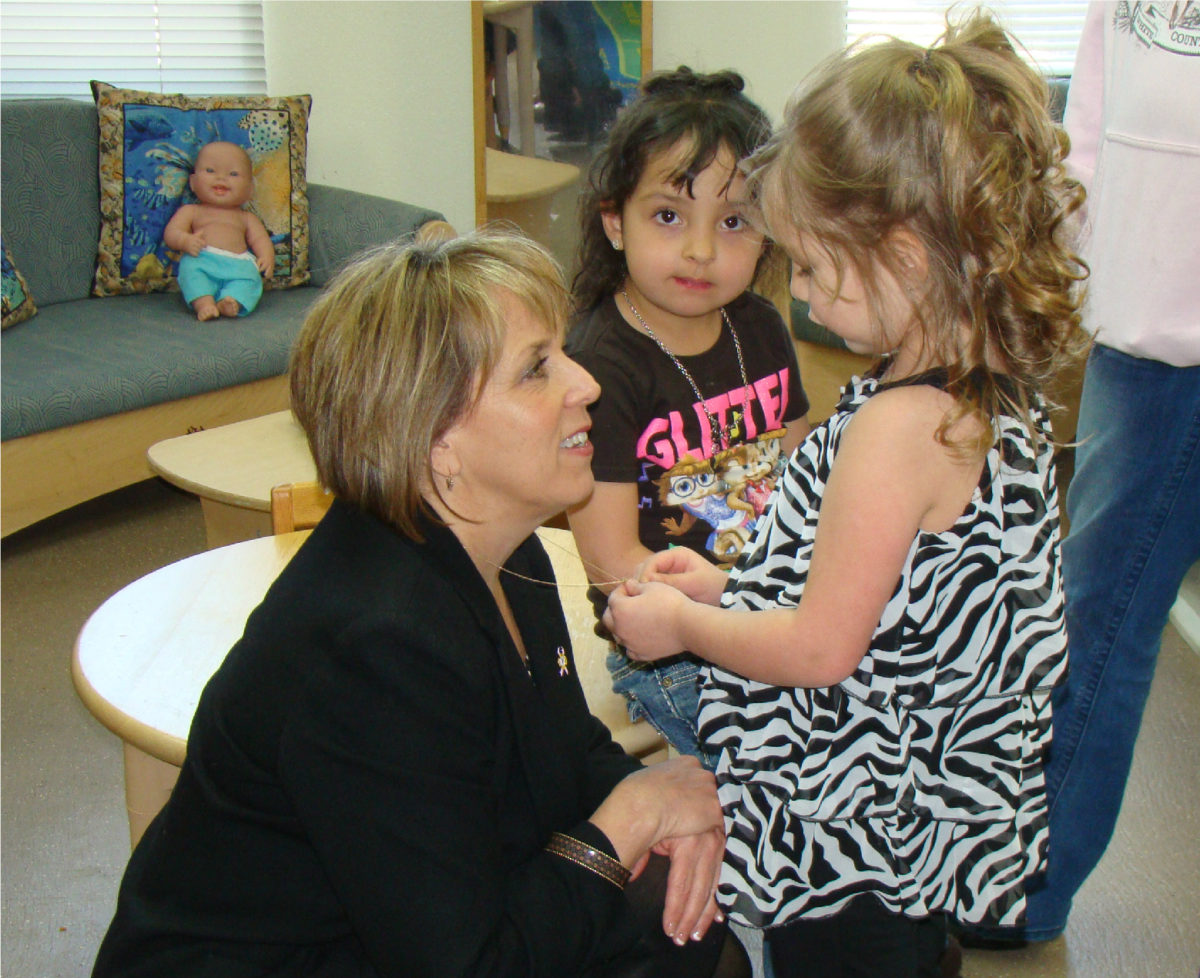 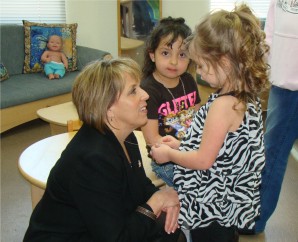 Rep. Grisham is extremely concerned by reports that police have been shot and wounded in New Mexico during this past week alone. Rep. Grisham pictured here meeting some of her younger constituents.

On October 30, 2013 Rep. Grisham of New Mexico asked for and was granted permission to address the United States House of Representatives for one minute regarding the past week when seven law enforcement officers in her state were shot and wounded.

“Mr. Speaker, I rise today to honor and thank the brave men and women in law enforcement who risk their lives every day to keep us safe”

“In the past week alone, seven law enforcement officials in New Mexico have been shot and wounded. It is a pattern of senseless violence that has become all too familiar in this Nation. On Saturday, in Albuquerque, a man armed with an assault rifle and a bulletproof vest ambushed officers, stole a police cruiser, and led them on a dangerous chase. Three Albuquerque police officers and a Bernalillo County sheriff’s deputy were shot. Thankfully, they are all expected to make a full recovery”, he said.

“But from that terrifying situation, stories of immense heroism and courage emerged. Officers sprang into action to resolve the situation quickly, prevent more harm, and help their brothers and sisters who had been shot; firefighters from a nearby station ran into danger to help the injured; and New Mexicans have stepped up to donate thousands of dollars to help the officers and their families during this difficult time. To the first responders in New Mexico and all over the Nation, from the bottom of our hearts, thank you”, said Rep. Michelles Lujan Grisham (source: Congressional Record http://thomas.loc.gov).

Rep. Grisham serves on the following Committees and Subcommittees in Congress:

Filed under: Crime, News
Share Tweet Pin G Plus Email
previous article: “In the past week alone, seven law enforcement officials in New Mexico have been shot and wounded”, says Rep. Grisham
next article: “$762,000 spend on conference while veterans had to wait for their disability claims to be processed”, said Rep. Meadows