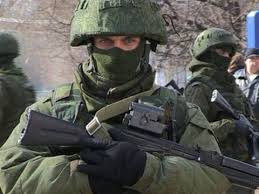 I recently read over a copy of the “Combating Terrorism” report as found on the Russian Ministry of Defense website. It contained a surprising amount of practical information, especially concerning Russian counterterrorism concepts and strategy.

It speaks in rather blunt terms about the reality of terrorism, which roughly translated from the Russia reads as follows:

“Terrorism has become part of day-to-day life in Russia and a relatively stable social phenomenon. It poses a growing threat to the security of many countries and their citizens, causes significant political, economic and moral damage, brings stress to lots of people and takes away lives, killing primarily civilians.

Moreover, terrorist attacks are becoming more diverse and complex. Terrorism today is a complex system of complementary aspects, including ideological, criminal, military, economic, political, religious and nationalistic ones. In general, terrorism is a response to the continuous foot dragging in resolving burning social issues.”

The report then delves into the legal framework for the fight against terrorism in Russia:

4) Minimization of terror effects.
Counterterrorism operations are “special operations”, according to the website, one that intends to 1) Suppress a terrorist attack, 2) Secure civilians, 3) Neutralize terrorists and 4) Minimize the effects of the attack.” Source: Russian Ministry of Defense http://eng.mil.ru/