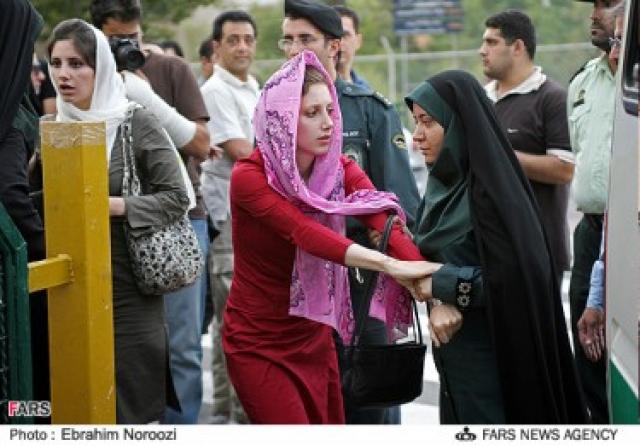 A photo from the semi-official Iranian news agency FARS of a woman being reprimanded for her attire.

In many places, summer means sun, sea and holidays. In Iran, summer means at least one more thing: crackdowns on improper or “un-Islamic” clothing.

This year, traffic police in Iran have been helping to enforce the dress code, and the crackdown is not limited to giving warnings or fines. Sometimes women are arrested by force because of what they are wearing. Several citizen videos from different parts of the country help show the true “heat” of summer in Iran.

A woman runs and resists arrest in Hamadan

Citizens protest, as girl is arrested in Tabriz

A mother screams as 13-year old daughter is arrested

Iranian blogger Irane Azad republishes several photos of women arrested for their attire, and questions [fa] why the laws only seem to be enforced on ordinary citizens and not on the Islamic Republic’s famous actresses.