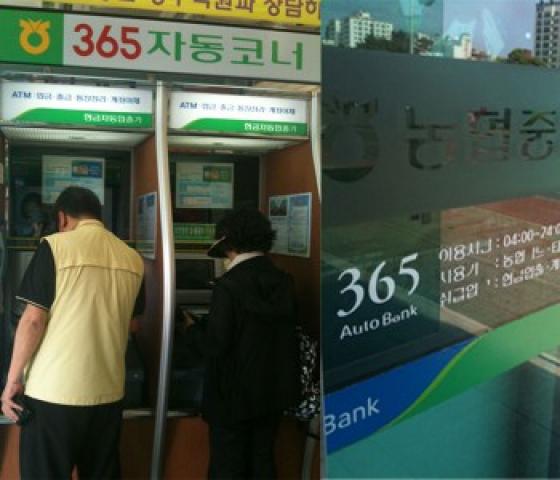 A slew of reports on North Korea’s cyber attack capability recently came out in South Korea, and even on Fox News this week. In the first week of May, one South Korean bank was shut down for several days due to a cyber assault and the South Korean government concluded that North Korea was behind the attack. But South Korean citizens, IT experts and even mainstream media outlets have doubted the government’s version of the story and stressed that it lacks evidence. Some net users went a little further, suggesting that the authorities’ real intention is to exaggerate North Korea’s cyber warfare power. South Korean Tweeters have made sarcastic jokes about the government’s poor analysis and its knee-jerk reaction of blaming North Korea for every unsolved case.

The cynical jokes trending widely in the South Korean Twittersphere comprise two parts: you list all the problems and then, no matter what the problem is, you blame North Korea. On South Korea’s biggest public forum, Daum Agora‘s net user ID: KsG, mocking this situation, wrote [ko] as if he had the North Korea paranoia.

Jo Hyo-jin (@JJOHYO), a student who is studying another year to enter university, tweeted [ko]:

Woo. Caffeine withdrawal has started kicking in. This is all North Korea’s fault.

Starting this February, I planned to lose about 10 kilograms (22lbs). But I have only lost 5 kilograms in five weeks and have just been maintaining my weight ever since. This is all North Korea’s fault.

To other’s complaints about their relationships, Si-Gyeong (@Samituy) tweeted [ko]:

Twitter is not working fine now. It is North Korea’s fault. I should start looking for a sign.

Rather than taking real measures such as improving the subcontracting system, providing better treatment for IT workers and strengthening security, the only action the government took is to blame North Korea for hacking the Nonghyup. […]

Fox News reported on May 17 that the North Korean military has about 30,000 electronic warfare specialists with capabilities rivaling those of the U.S. Central Intelligence Agency, quoting defectors and exports. The latest cyber attack on April 12 had hobbled the banking system of the Nonghyup (Its rarely-used full name is National Agricultural Cooperative Federation) for several weeks. This prompted a nationwide investigation. On May 2, the South Korea Prosecutor’s Office concluded that North Korea is to blame for the cyber attack. North Korea is strongly suspected of carrying out the 2009 and 2008 Denial-of-Service (DDos) attacks. The Prosecutors’ Office reported in a press briefing on May 2 that hackers turned an IBM employee’s laptop into a “zombie PC” last September and have been controlling it since with full access to the Nonghyup Internet banking service. (Nonghyup outsourced Internet security to IBM). To support their theory, they pointed out the similarities between this Nonghyup case with the previous attacks, which are believed to have been carried out by North Korea; how mal codes were distributed and the Internet Protocol (IP) of a server used to control the zombie PC were identical.

About a week later, on May 11, North Korea denounced the South Korean Prosecutor’s Office’s claim as a “fabrication like the Cheonan incident“.

Not because they agreed with North Korean’s version of the story, but because of a series of inexplicable questions, South Koreans citizens have raised suspicions of the authorities’ explanation. The programmers and web developers pointed out that the IP addresses could be manipulated easily and that the malicious software and code planted on this case’s zombie PC are commonly used among hackers and not exclusively by North Korea. They also questioned the IBM security expert who went on using his infected laptop for several months without noticing the difference.

South Korea’s progressive news outlet, Presssian consolidated [ko] several major media’s responses. According to the report, the DongA, one major conservative media organisation who usually sides with the government, pointed out the ineffectiveness of the IP address in identifying the hacker. It commented that since it is not yet 100 percent proven that the last DDos attack was carried out by North Korea, jumping to that conclusion would be making “an assumption based on an assumption”. The Hankook wrote its subtitle as “what kind of hacker uses his own IP address?” and explained that the number of IP addresses is so limited in the North that they borrow internet networks from China. The ZD Net Korea, an online-based media outlet specializing in IT, argued that the attack patterns of the last DDos attack are different from the one detected in the Nonghyup attack, which worked in a more interactive way.

The conservative side finds this trend of what they call ‘underestimating the national enemy’ very disturbing. South and North Korea remain technically at war and the high chances of military provocation such as last November’s YeonPyeong attack cannot be ignored. There is even a possibility of war, though the odds of an all-out war are extremely low.

Conservative Agora net user ID:ì´ìˆœì‹ ìž¥êµ°ì˜í›„ì˜ˆ (:Descendant of General Lee Sun-shin) questioned [ko] other net users about why it is so hard to believe that North Korea, our enemy, has done it:

Unlike the cyber attack on Hyundai Capital, there was no financial blackmailing involved. (The motive of an ordinary hacking is 100 percent based on financial benefits). Some Agorians (referring to Agora net users) are underestimating North Korea’s cyber warfare potential, but the North, from a long time ago, have systematically nurtured tens of thousands of hackers. Nowadays, their cyber soldiers number several thousand. […] Any (reasonable) South Koreans would not remove North Korea from the (cyber terror) suspect list since they are, after all, the most likley perpetrator of this attack. Why do some people try so hard to deny this aspect?

Other net users wrote [ko] that they were offended by the North’s response of comparing it with the Cheonan incident. Many net users warned that the govenrment’s rush to the conclusion that the North Korea is behind  every unsolved case could backfire and undermine people’s awareness. A blogger whose first name is Wook compared [ko] the government’s quick reaction and cursory analysis with the Shepherd boy’s lies in the Aesop’s fable.

The current administration and the ruling Grand National Party are acting like the shepherd boy (from the Shepherd boy and the wolf story) and blaming North Korea for every baffling cold case. It is absolutely true that we must protect our nation against the North’s contemptible terror attacks such as the Cheonan and Yeongpyeong attacks. But if the government overuses this card in too many cases, as if they are messing with our heads or fooling its citizens, people will develop resistance to such warnings. Are they really aware of this consequence?

Beside these worries and cynicism, there is one humorous joke which compares marriage with the Inter-Korean relations. During a talk show last week South Korean actor, Lee Sun-Gyun pointed out [ko] the three similarities between a married couple and the two Koreas. First, they are a family. In bad times, even though they want to separate themselves from each other, they cannot. Second, they cannot communicate well with each other. In talk table, each speaks their own story without listening to others. Third, they share a De-militarized zone (DMZ) where military actions are forbidden. For a couple, the DMZ would be a kid.