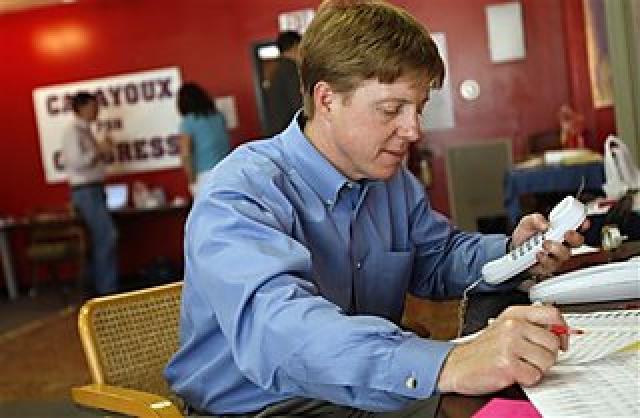 Don Cazayoux will be heading to Congress as the next representative from Louisiana’s 6th Congressional District (CD) following an upset win in Saturday’s special election.

Cazayoux, a Democrat and former state House member, won the endorsement of the Louisiana AFL-CIO and stressed working-family issues in his successful campaign for the U.S. House seat.

The 6th CD is a traditionally Republican district: In 2004, President Bush won it with a 59 percent showing, compared with 40 percent for John Kerry. Cazayoux, with the help of union members, defied expectations and defeated Republican Woody Jenkins 49 percent to 46 percent on Saturday.

Cazayoux pledged to fight for working families during the Louisiana AFL-CIO’s March convention. He promised to support the Employee Free Choice Act and fight for health care coverage. He’s also committed to fighting for fairer trade deals that protect workers.

Former Rep. Richard Baker, a Republican who held the seat for more than 20 years, voted against the Employee Free Choice Act and supported Bush’s veto of a bill to improve children’s health insurance. He also voted for the North American Free Trade Agreement (NAFTA), Central American Free Trade Agreement (CAFTA) and other bad trade deals. Like many of his colleagues, he retired to become a lobbyist rather than stay around and face the consequences of his policy choices in an election.

Across the country, union members are mobilizing this month to go door to door and talk with their fellow union members about how taking part in the upcoming election enables us to address the nation’s many urgent problems, such as America’s health care crisis. Millions of union members will head to the polls in November, and the AFL-CIO is leading the largest union mobilization in history to make sure pro-working family leaders get elected to Congress and the White House.