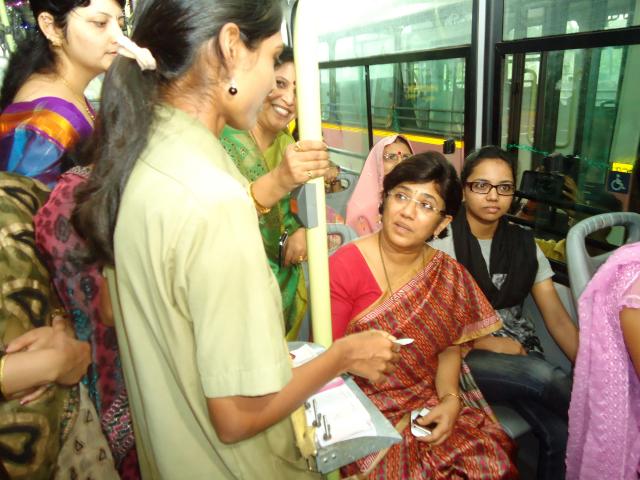 A city bus service meant only for the women was inaugurated in Pune, western city of India on Thursday. The buses will run on three of the busiest routes in the city.

The service was inaugurated at the hands of Vandana Chavan, Member of Parliament. At the launch ceremony, Chavan said that the buses are started as per the conception of Women-centric Cities. The service will benefit working women, girl students and senior citizen women as well. She appealed to Puneites to use public transport to stop the pollution.

These buses will run on Hadapsar-Swargate, Swargate_Dhayari and Katraj-Swargate. The program was attended by functionaries of Pune Mahanagar Parivahan Mahamandal Limited (PMPML) which runs the city bus service and other dignitaries.

Pune will be the second city in India after capital New Delhi to run Women-only bus service. The capital has 11 buses running for women which was started only a week ago. Kozhikode in Kerala has planned to run the similar service which is yet to take off.