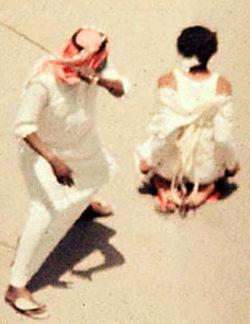 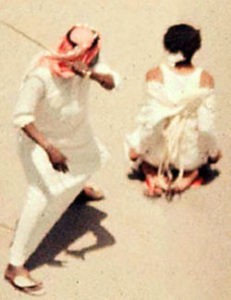 In Saudi Arabia you can be whipped for saying “Jesus Christ is Lord.”

In Saudi Arabia you can be whipped for saying “Jesus Christ is Lord.” Just ask Mikhail Cornelius, a Coptic Orthodox Christian. He was brutally lashed over 500 times and was sentenced to 7 years in prison for this crime.

After spending 4 months he was deported back to Egypt, his back still bloodied and bandaged when he got off the plane.

In many ways this man is lucky to have gotten out alive – no so many are so fortunate in Saudi Arabia.

Many other  Christians in Saudi Arabia are raped, whipped and imprisoned for speaking about Jesus.

The rational for this behavior is equally outrageous (See video: Saudi Professor calls for Positive hatred of Christians  http://www.youtube.com/watch?v=5oVkHMmJIG4

The list of crimes punishable by whipping and lashes with a bamboo cane are numerous. Nor more egregious than those directed at Christians or those who convert to Christianity in Saudi Arabia.