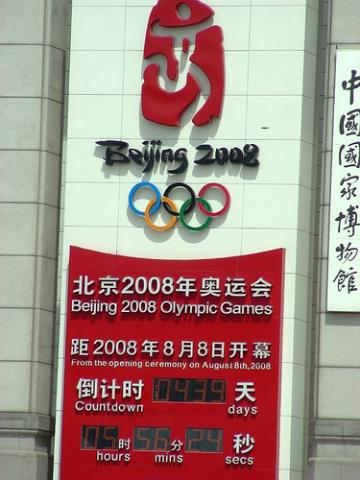 If you are watching the Olympics on TV, these questions may not apply. Back in 2006 with the Winter Olympic games in Torino, Italy, the games weren’t given that much attention by viewers in the United States. American Idol ranked number one in the most watched TV show. The Winter Olympics had come in at about fifth or sixth place. The TV show House had even beat out the Winter Olympics.

But, that is from a spectator and viewer’s standpoint. However, these questions mainly apply to Olympic contenders and their families. One such case is an aspiring Olympic wrestler named Nik Fekete. In June, Nik will be competing for a spot to represent the United States in wrestling. It is a dream for many families of such contenders to be able to attend the games in person to see fellow family members compete.

But to Nik’s father, Peter Fekete, flying to China to see his son compete is not an option. The family lives in Cranford, New Jersey. Peter is soon to be retired from his job at General Motors as a maintenance machinist out in Wilmington, Delaware. His wife, Irene Fekete works at a pharmaceutical company as an administrative assistant. While Peter feels that it would be a big moment in his life if his son qualifies for a spot, there is one dilemma, the cost of flying the family out to Beijing.

Mocco said that he is thinking about taking a mortgage out on his home to fund the trip for himself and three other family members to attend the games. In his case, the costs could range from $20,000 to $40,000 at least. Right now, there is a fund-raising campaign called “Fuel the Dream” which is aimed to help Olympic families pay to fly out to see their fellow family members compete in the games.

But, these are the costs of flying around. Other costs range from hotel stay, transportation, and food. In order to book a hotel room, they would have to stay a minimum of sixteen days. Overall, the costs of actually seeing the Olympics would cost an arm and a leg.

Overall, if you have family members that are competing in the Olympics and you want to actually see them compete, it will cost an arm and a leg. With the costs of food and gas here, flying out to Beijing to see them compete is easier said than done.