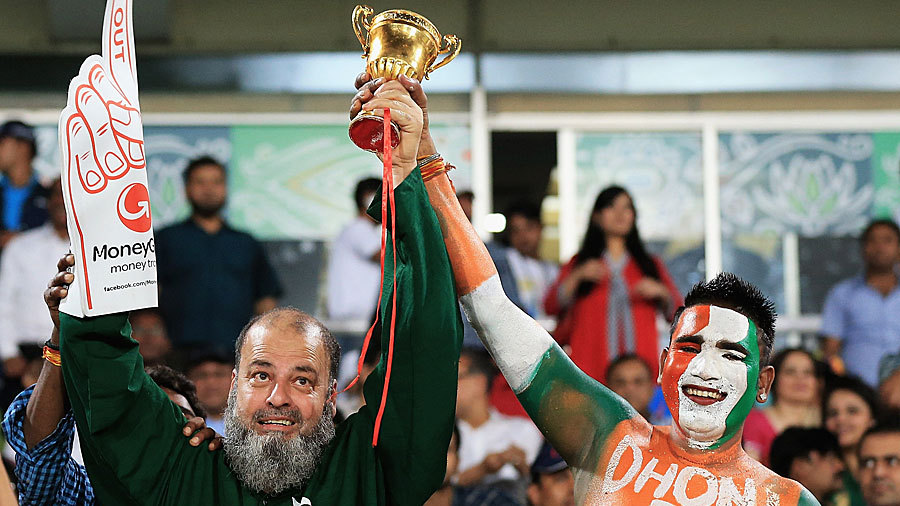 India has won the toss and chos to field. Apart from the last over, Dhoni got what he wanted from his bowlers after opting to bowl first. Never allowed the big-hitters to get going and in the end Pakistan have scored a paltry total on the board by T20 standards. Having said that, there is a lot of turn for the spinners, and when you have the likes of Ajmal, Afridi and Hafeez in the side, you should back yourself to defend these low scores. Pressure got the better of Kamran as he was run-out due to lack of proper communication. Hafeez and Shehzad hung around for a while but the introduction of Jadeja saw the former walk back to the pavilion. Mishra spun one past Shehzad and he soon accounted for Malik, who was looking set at that time. The seamers got their yorkers in and made life difficult for the Afridi. However, Shami’s 14-run final over enabled Pakistan to get to 130 as Maqsood hit some lusty blows.

After restricting Pakistan for just 130, India managed to win comfortably by 7 wickets. Amit Mishra picked 2/22 in 4 overs while Kohli top scored with an unbeaten 36.

There it is, a convincing victory for India. Kohli has his hands aloft in sheer joy and later wraps Raina with a bear hug. Dhoni comes out and shakes hands with his deputy. Dhawan and Rohit took their own sweet time to gauge the pitch. But then they proceeded to give India a steady launch pad. Though Rohit and Yuvraj fell in quick succession, Kohli and Raina starring in a fluent, unbeaten 66-run union, guided India to the finish line. Arguably, India’s spin troika deserves a huge chunk of credit for this triumph. Ajmal did test the Indian batsmen with his expertise but lacked able support from the other end. The fumbles and dropped catches did not aid Pakistan’s cause either. Do stick around for the presentation and quotes from both the captains.

Filed under: Cricket, Sports
Share Tweet Pin G Plus Email
previous article: Ukraine. Who is the next one?
next article: RULES CHANGE- BOOST TO HOCKEY