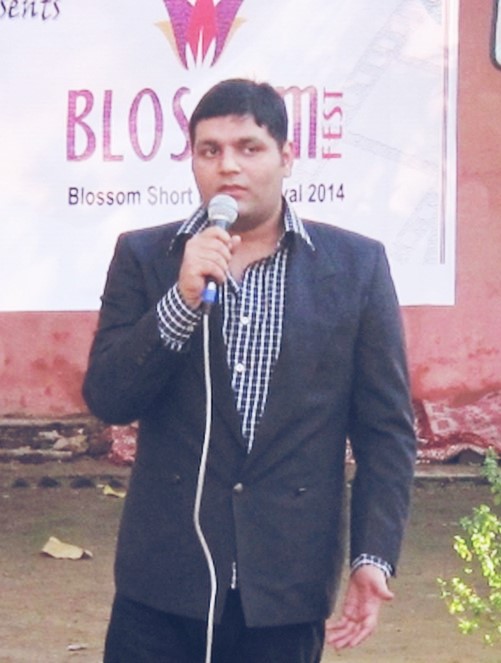 Talented Artist, Animation and Short Filmmaker Varun Mehta is in news again. His short film submitted in an International Competition helmed by Geological Institute of America (AGI) has won the honors of the top finalist. ‘One Shared Place’ a project that was initiated to celebrate ‘Earth Science Week’ was conducted by AGI. A video competition was organized that asked for the entries from all over the world.

Interestingly, Mehta’s entry was the only one that was submitted from India. The film received accolades by the organizers and Judges alike but couldn’t win the top honour. However, Varun’s film received a lot of acclaim and he has been asked to participate further. Speaking on the challenges that made into making of this film Mehta said –‘It was quite challenging. We had to select the place and had to speak about its Importance in terms of its geographical Importance.”

“The Length of the film provided to us was only 90 seconds so it is enough to measure the challenge. Also, It was not just the shooting or editing part that had us exhausted, there was a lot of paperwork involved in submitting and sending the entry. There were technical errors also that halted the process. I was not sure of the project though but I am glad that it found appreciation. Selecting as a finalist was quite satisfying especially in such a huge competition. Also participating with so many countries and within so many entries was an effort worthy putting in.”

This year in November, Mehta was also invited by FICCI (Federation of (Federation of Indian Chambers of Commerce and Industry) in an International Conference being held to discuss about India’s IP economy and growth. Delegates from various fields were invited to participate in the major meeting. Mehta said –“I am really thankful to FICCI for inviting me to this very Important Conference. There is a lot of learning and knowledge involved and key to motivation in taking the country’s economy and growth ahead. I appreciate the efforts.”

Varun is working on a couple of shorts and he also plans to expand his film making venture into more dimensions. He is also gearing up to open another chain of his studio ‘Wiz’ in Noida City. When asked him what keeps him going he said – “It’s art inside an Artist that keeps him going. Never let that flame go off. Being an Independent Artist is itself a Challenge and one must keep at it”. Mehta can be reached out at wizmotionstudio@gmail.com.

Filed under: Art, Lifestyle
Share Tweet Pin G Plus Email
previous article: How to Bypass the Netflix Proxy Error
next article: Packing Clothes For Your Little Ones