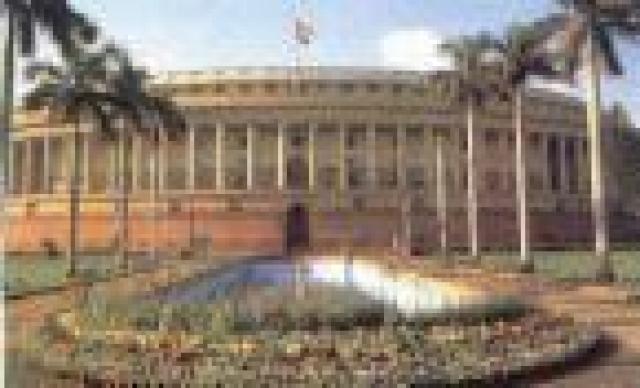 We have just finished 60 years of our independence and a lot of retrospection has gone into the achievements of the last six decades. And now thinking has begun about the future of India. Former President Abdul Kalaam had challenged the country to first begin envisioning as a country by sharing publicly his 2020 vision. And now we have people beginning to talk of India in the next 60 years. That is a good question to begin thinking about, although it is possible that it is not very easy to envision so far into the future and the vision of 2020 is some thing that we can more easily grasp.

Shortly after I was leaving a forum where the vision of India for the next 60 years was introduced, I was intercepted in the foyer by a young man who had read a few of my postings on the North East. He wanted to know what the problem was in that part of the world because the Central Government was spending so much money in subsidies on the North East. The gentleman was correct in his surmise on the money being spent but perhaps incorrect in his deduction that money spent can buy loyalty and fidelity of a people.

In the last two decades or so the economic landscape of the country has been so transformed that we are becoming used to measuring success and progress in plain, vanilla economic terms. Economic growth and empowerment is important; but is that enough? I think some how that it is more important and vital that we grow and mature as a nation, as a country and become a more inclusive society in every way, which today we are not. Without that inclusiveness, our economic growth and financial growth will carry us nowhere as the vitals of the nation will keep getting eroded with money generated being used not to bring prosperity but to hire, train and deploy more troops and police, kill and maim more people, fill our prisons more and more and construct new ones and in the process perpetuate a cycle of increasing discontent. That deadly cycle we must learn to break.

We need to learn to be an inclusive people at two levels – economic and emotional. At the moment, all we have is a political integration which Nehru, Sardar Patel had some how hastily patched up but without the emotional and the economic buffering and the result is discontent practically every where in the country. We are proud of being the largest democracy in the world in the sense that we have elections every five years or sooner, but a good question to ask is if the common man thought that this was adequate enough or representative enough, then why would insurgency flourish in so many parts of the country? We have the right symbol in the shape of a reasonably fair electoral process, but without giving people a sense of belonging and emotional integration, we don’t quite have the substance of democracy.

It is nice to be proud of the impressive growth that we have been achieving over the past few years but that growth has come at the expense of many and has come to a given few. A soon-to-be-released official report has estimated that poverty declined by a mere 0.74% during the 11-year period ended 2004-05. Although there are signs of things moving a little faster, at 0.79%, between 1999-2000 and 2004-05, going by another measure, the number of people below poverty line may have remained unchanged. National Sample Survey Organization’s (NSSO) findings show the number of people living below poverty line (BPL) at 22.15% in 2004-05, compared with 26.09% in 1999-2000. In the same period, the country’s GDP grew at around 6%. This mismatch between growth and its distribution is politically worrying as it indicates a rise in economic disparities. Economists say uneven growth often leads to social unrest which, in turn, can cause problems for politicians.

Social unrest is far too easily in India dismissed as a “Law and Order” problem to be handled by the police and failing that by the Army. We seem to ignore or not just realize that large sections of the country just do not emotionally connect with the system and that along with other visible inequities lies at the heart of the discontent hat gives rise to so much social discontent. Primitive and tribal beliefs are still deeply embedded in our psyche as a people. In dress and deportment, we have become modern but mentally we remain tribal and barbaric but the way we discuss and analyze and dispose of complex and contentious issues by simply suppressing dissent with brutality is sad to see. A true nation is one which is emotionally integrated where as Tagore put it, “The Narrow domestic walls” are all broken. Today, on the contrary, as the walls and fences guarding our homes and colonies actually rise and acquiring spikes and glass fragments to keep off intruders giving us a direction quite the opposite of Tagore’s dream, it looks as if the work for the next sixty years is already cut out for us.