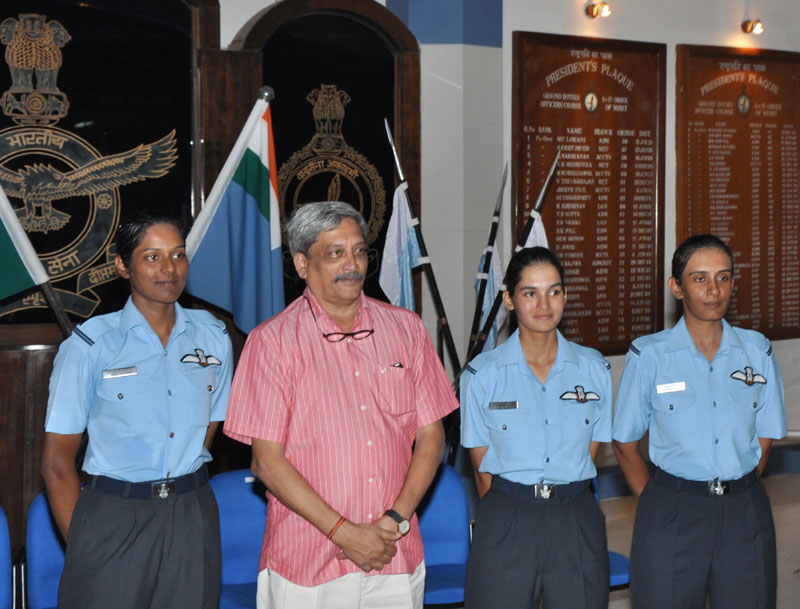 Hyderabad (PIB-GR-TYP-BIN): History was created as the first three women fighter pilots of the Indian Air Force proudly brandished their stripes and wings, at the Combined Graduation Parade at Air Force Academy, Dundigal on the outskirts of the twin city on June 18. The vanguards of the IAF roared into the sky and smeared the sky with tricolor as India joined the select few nations in the world that have women fighter pilots in their Air Forces when Flying Officer Avani Chaturvedi, Flying Officer Bhawana Kanth and Flying Officer Mohana Singh were conferred with the President’s Commission.

On this momentous occasion, a total of 130 Flight Cadets including 22 women trainees were commissioned as Flying Officers, at their alma-mater, the Air Force Academy, the ‘Cradle of Leadership’ that has procreated generations of prodigious leaders. It was also indeed a proud moment for 93 young pilots and seven navigators who earned their coveted ‘Wings and Brevets’, along with nine officers of Navy and one officer of Coast Guard, on successful completion of their intricate and vigorous flying training.