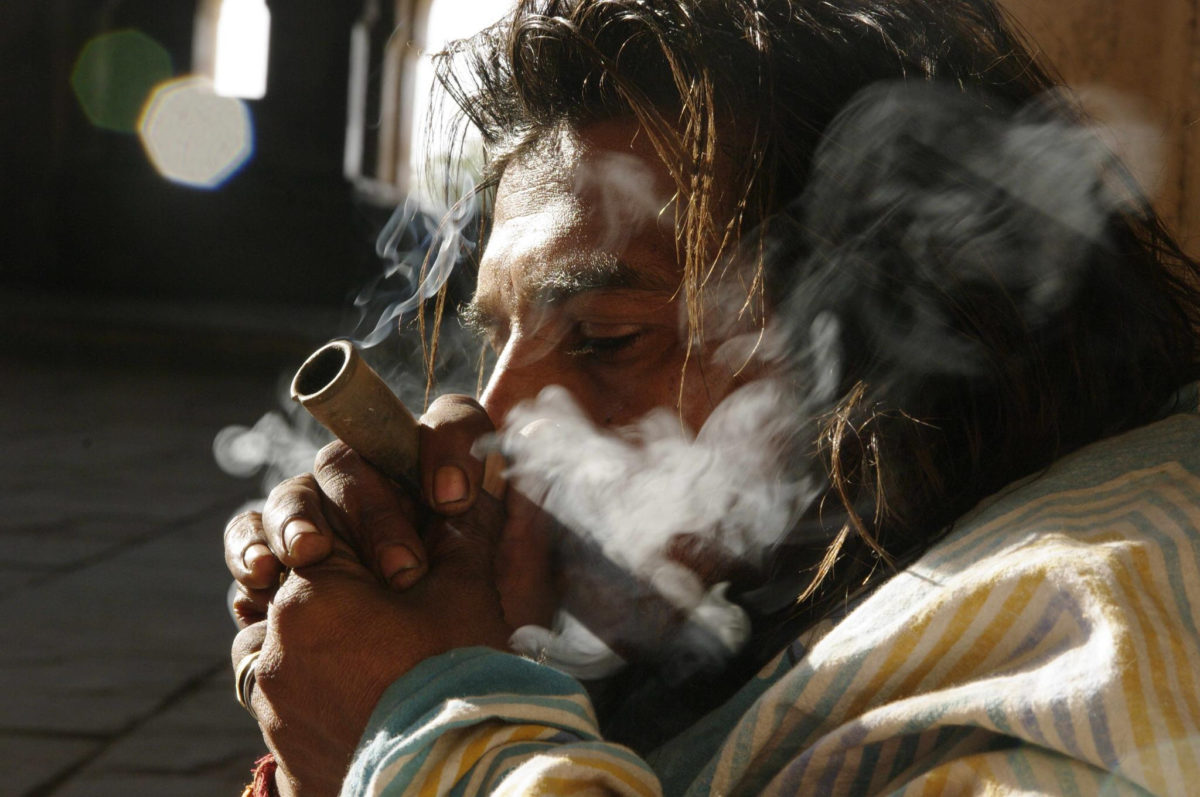 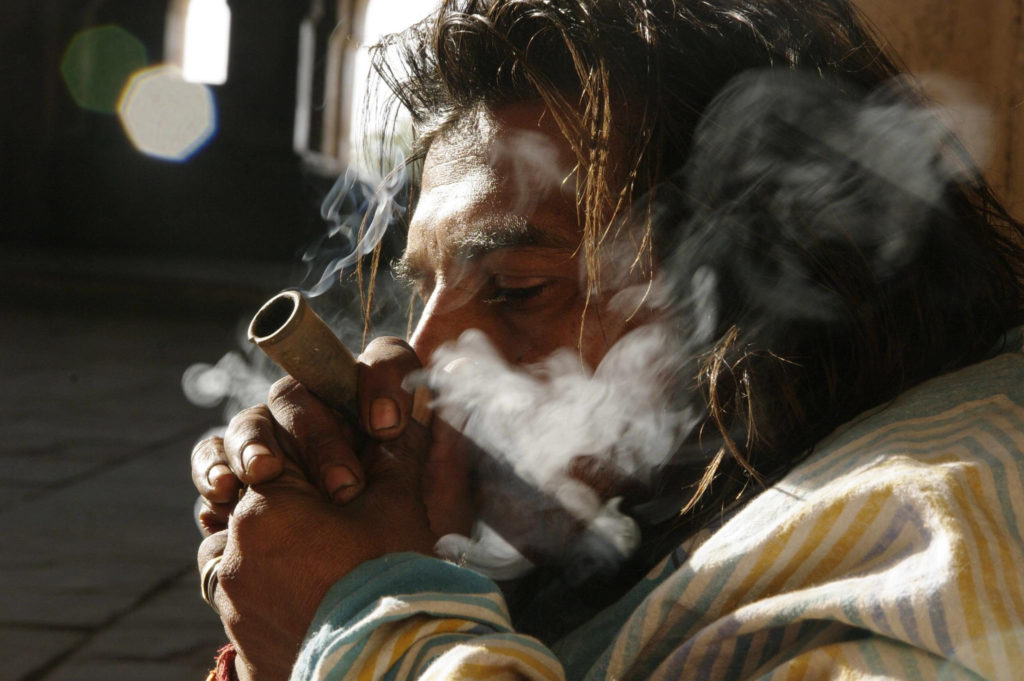 India is one of the world’s biggest tobacco consumers, and one of the only places where consumption has actually increased – by 36% since the 1990s, in spite of tax increases of 1906% on tobacco products. Part of the reason comes from the prevalence of cheap, smuggled cigarettes from neighboring, low tax countries that end up undercutting the legal product by a factor of four. As a result, the more than 6 trillion cigarettes Indians light up every year have had a devastating effect on the country’s public health: some 900,000 people die yearly, costing the health budget Rs 104,500 crore ($16 billion). Officials vowed to take action, passed a raft of anti-smoking laws, banned the sale of single cigarettes, cracked down on smuggling, made all the right noises…but to no avail. Why? Because 85% of Indians smoke the 4-rupee-a-pack “bidis” (also known as the “poor man’s cigarette”), which are lightly regulated and taxed a pittance, despite leading to much higher rates of lung cancer and heart disease.

Even when it comes to proper cigarettes, the Indian government’s policies suffer from poor implementation. This has been born out in a recent shutdown of tobacco production in India on account of what the Indian tobacco industry claims was a lack of clarity concerning the size of new health warnings to appear on packaging. The law, which was drafted in 2014 and came into effect in April, requires tobacco producers to cover 85% of their packaging with pictorial health warnings. According to the Tobacco Institute of India (TII), an umbrella group representing Indian tobacco manufacturers, the Indian government was unduly hasty in implementing the law given that it was still being challenged in the courts. Several tobacco companies shut down their factories in protest, arguing that the new warnings will create the impression that illegal cigarettes, that do not carry any markings, are safer for consumers.

India, the country that invented the hookah is, indeed, a bit of a conundrum for policymakers. But when the World Health Organization (WHO) announced it would hold its seventh session of the Conference of the Parties (COP7) for the Framework Convention on Tobacco Control (FCTC) in New Delhi this November, it seemed as if the country was turning over a new page.

The FCTC is known for its uncompromising attitude towards smoking and zealotry in naming and shaming uncooperative governments.

Unfortunately, the FCTC is as much part of the problem as part of the solution. The WHO’s mandarins have taken a hard line towards tobacco companies, excluding them from discussion about combating the sale and consumption of illicit tobacco problems – arguably the main issue plaguing India. The root of the problem about how interactions between tobacco companies and policy makers should be regulated apparently hinges on conflicting guidelines in the FCTC itself. Article 5.3 of the Framework reads: “In setting and implementing their public health policies with respect to tobacco control, Parties shall act to protect these policies from commercial and other vested interests of the tobacco industry”. This is the article usually invoked by anti-tobacco campaigners to exclude tobacco companies from participation in meetings relating to tobacco control measures. Needless to say, this is in itself a perfectly sensible and laudable provision.

However, the industry’s claims that the FCTC lacks clarity is given some credence in the guidelines for implementing Article 5.3 where it says: Parties should interact with the tobacco industry only when and to the extent strictly necessary to enable them to effectively regulate the tobacco industry and tobacco products. So while Article 5.3 prohibits public officials from meeting with industry lobbyists when drawing up policies for the regulation of tobacco, the Guidelines contrarily maintain that there should be, albeit limited, contact between policy makers and industry players regarding tobacco regulation.

A recent example of this was at a public conference about improving transparency in tobacco lobbying held by the European Ombudsman, Emily O’Reilly, where the Confederation of European Community Cigarette Manufacturers (CECCM) was denied a seat on the panel with the organizers citing Article 5.3 of the FCTC as the grounds for their exclusion. The CECCM shot back that the article in question only refers to meetings in which policy is being considered, and as that was not the case in this conference, and indeed, in keeping with the theme of the conference – transparency – it was only fitting that industry representatives be present.

Similarly, last year in India the Institute of Public Health (IPH) succeeded in securing the withdrawal of the World Bank as well as that of revenue secretary Shakti Kant Das, Central Board of Direct Taxes chairperson Anita Kapur and Central Board of Excise and Customs chairman Kaushal Srivasatava from attending the 12th Asia Pacific Regional Forum in New Delhi. The reason? The forum was organized by the The International Tax and Investment Center (ITIC), which lists a number of tobacco company representatives among its board of directors.

Again, Article 5.3 was invoked; however, its applicability to a forum discussing regional tax issues is questionable, and again, it was invoked to silence the tobacco industry in an area in which it could potentially work with the authorities rather than against them. This is especially true given India’s booming trade in illicit cigarettes, a problem which the government and the industry should be working together to eliminate. Given the scale of the problem and the peculiarities of how it manifests itself in the Indian market, it would seem that there are at least some limited areas in which it would pay for the Indian government to enlist the help of the tobacco industry rather than antagonize it.