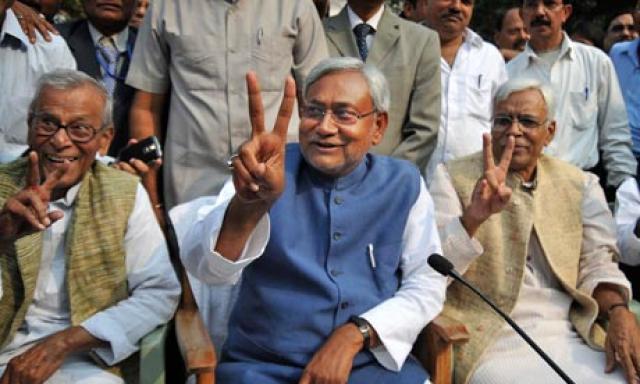 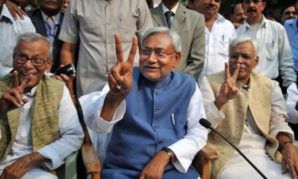 Health campaigners often argue that alcohol would most likely be banned had it been discovered today, as some studies suggest that alcohol causes considerably more harm than even cocaine and heroin. Several states in India apparently agree, moving to limit the availability of alcohol in response to accusations that it causes domestic abuse and addiction.

Bihar imposed a total ban on alcohol in April this year, and has subsequently seized thousands of gallons of illegally-produced liquor and arrested hundreds of people. In May, Tamil Nadu introduced a partial ban, shutting down hundreds of state liquor stores and limiting the opening hours of many others. Gujarat, Nagaland, and Lakshadweep have all previously imposed total prohibition. In all, some 200 million Indians now live in states where alcohol is outlawed.

Alcohol consumption has skyrocketed in India over the past couple of decades. According to data from the Organisation for Economic Co-operation and Development (OECD), consumption increased by 55% per capita between 1992 and 2012. The World Health Organisation (WHO) estimates that 30% of Indians drink on a regular basis, while some 11% are categorised as moderate to heavy drinkers.

These numbers are low by international standards, but authorities are concerned about the manner in which Indians imbibe. A WHO-backed study into alcohol consumption found that many of those who drink do so with the sole aim of becoming intoxicated, which helps explain why 93% of all alcohol drunk in India is consumed in the form of spirits.

As happened in the United States in the 1920s, the spike in alcoholism has led to a temperance movement, spearheaded by women’s groups concerned about the social consequences of heavy drinking – which include violence against spouses and families and desperately-needed wages wasted on alcohol.  The parallels between the American and the Indian prohibition experiences are striking: as in India, American women’s movements successfully lobbied several American states to pre-empt the federal government with their own alcohol bans before the Eighteenth Amendment imposed one for the entire country in 1920.

Those parallels can also be followed down to the pitfalls that ultimately forced the United States government to end its war on alcohol. American gangsters like Al Capone made hundreds of millions of dollars a year (billions by today’s standards) by supplying a thirsty public, corrupting judges and police officials to make sure their trade went unhindered. In India as well, banning sales has led to organised crime groups cashing in by selling illegal liquour, which is coincidentally exactly what happened in Mumbai when Maharashtra tried to impose its own ban from 1949 (the state eventually gave up in 1963).

The challenges facing police trying to impose the ban are daunting. The states that have banned alcohol neighbour others where it is still legally available, making it almost impossible for authorities to stem the flow. Even the fact that some states prescribe the death penalty for the illegal supply of alcohol doesn’t stop organised crime gangs selling booze; the potential profits are just too great to pass up. In Gujarat, which was the first Indian state to implement total prohibition back in 1958, the black market is so pervasive that drinkers can arrange home delivery by phone. The state’s chief ministers, Narendra Modi among them, have been unable to stem the thousands of crore rupees in illegal trade over the past several decades.

Outside of organised criminal groups, there are regular reports of small time producers dying after brewing up dodgy batches of illegal spirits. Once alcohol is driven underground, there is no way to perform quality control and unscrupulous sellers are more than willing to sell poisoned hooch to poor customers. Last year’s Malvani tragedy killed 106 people because local dealers knowingly sold poisonous methanol (obtained from bootleggers based in Gujarat, no less) to unsuspecting customers.

This happened in America as well. In search of a tipple, drinkers in the 1920s often imbibed industrial methanol (known as wood alcohol). Hundreds died from alcohol poisoning in New York City alone, and hundreds of thousands more blinded or paralysed themselves. In one of the most shocking episodes of the Prohibition era, the American government intentionally poisoned alcohol to deter bootleggers and potentially killed tens of thousands in the process.

As 1920s America proved, prohibition is designed to backfire. Even softer measures that stop short of partial or outright bans, such as hiking alcohol prices, are largely ineffective at curbing consumption, as the blossoming black market in illegal tobacco all over the world proves. Cigarette trade provides a good example of how policies pushed by public health groups (like higher taxes) help increase smuggling.

The Framework Convention on Tobacco Control (FCTC), which is meeting in New Delhi in November, rolled out a protocol to counter illicit tobacco smuggling in 2012 but has struggled to find enough ratifying parities to put it into effect. In expanding its remit to fighting trafficking, the FCTC been criticised for undermining transparency by trying to keep out any attendee with ties to the tobacco industry, which might leave India entirely excluded from its own event. Furthermore, while hiking taxes on “undesirable” products like alcohol and tobacco might seem appealing, countries such as Australia and Singapore have seen the use of illicit tobacco products soar after placing heavy taxes onto cigarettes to nudge their populations towards quitting smoking.

Much like the global war on drugs, the prohibition of alcohol seems to primarily benefit criminal gangs that move in to take advantage of a captive market. Rather than opening up the market to criminals and denying local communities a valuable source of revenue (Bihar, for example, will lose an estimated 4000 crore every year in alcohol taxes), it would be more beneficial to educate the public about the dangers of overindulgence and establish addiction treatment programs for those who are unable to control how much they drink. After all, alcoholism is an addiction like any other, and America has already learned the hard way that addiction is best treated as a health issue.