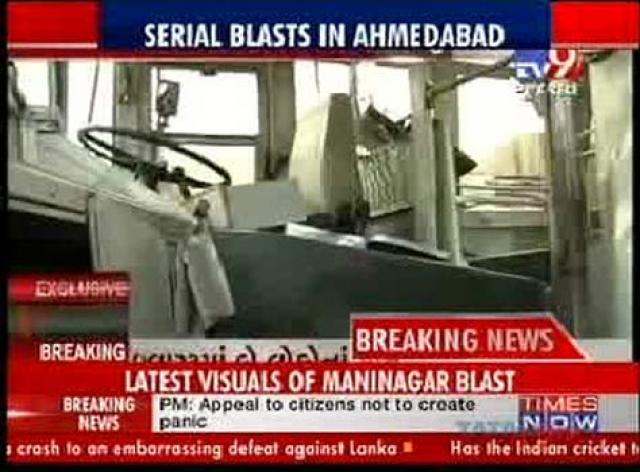 Hardly has a day passed after the nation was on hiccups when low intensity blasts rocked the country’s IT capital,India has been shocked again by blasts in Gujarat.

Early news reported that there were 15 casualities and 30 injured persons.

There were 17 blasts in a span of 90 minutes and these blasts on consecutive days have sent the nation on high alert.

This was the first time that the nation received terror strikes on consecutive days.Just when every one was thinking about a pattern that terrorists strike at a place and get silent again,this blast broke the jinx.