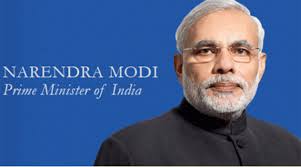 Indian Prime Minister Narendra Modi, having arrived in Kathmandu Sunday morning, addressed Nepal’s Legislative-Parliament, appreciating the country’s unlimited potential for progress and prosperity. Assuring Nepal of a concessional loan of one billion dollars, Mr. Modi emphasized on the need for Nepal to utilize the country’s rich water resources on which India would like to collaborate.

Referring to Nepal as the Buddha’s birthplace, Mr. Modi appreciated the country’s ongoing peace process while he expressed his opinion that Nepal would do better with an advanced federal democratic republican constitution that would not exclude any community or class.

Mr. Modi, however, did not mention anything about the frequent Indo-Nepal border disputes, mostly related to previous bilateral water resources treaties.