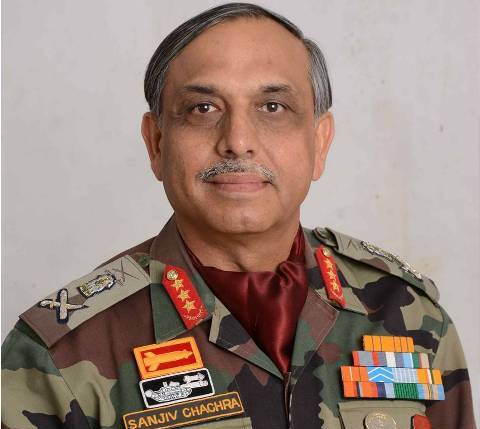 “Counter terrorist operations require patience , maturity and restraint. I know the task is onerous but I have faith in your abilities and we must ensure at all times that the people are not put to any inconvenience or harassment due to our actions “ , the army general said while reiterating his commitment of zero tolerance towards HR violations.

He said The Indian Army has one of the finest record for ensuring HR and the importance given to this valued quality is evident from the fact that a HR branch at the army headquarter has been functioning since March 1993 and such branches exist in formations up to brigade / sector level.

A capsule on the importance of respect for HR is also being regularly conducted for troops undergoing pre-induction training at various battle schools.

During the past 20 yrs, 1524 allegations of HR violations against army personnel serving in northern command were received. Each and every allegation was enquired into by an independent and autonomous body and 42 of these allegations were found to be true. 124 personnel (41 offrs, 83 JCOs/OR) found guilty of these violations were
expeditiously tried by army courts and awarded exemplary punishments ranging from dismissal from service without any service benefits to imprisonment.

“We are a ‘People’s Army’ where we respect human life and take pride in our benevolent attitude towards women and children. This should continue to remain enshrined in our ethos and daily lives “northern command chief said..

There are a few ongoing cases which are being closely monitored, ensuring rule of law and proceedings as enunciated by the army act. Anyone found guilty shall face the law. This amply demonstrates that all cases of alleged HR violations are thoroughly investigated and personnel found guilty are promptly punished.

“As professionals, we are here to serve our country. I am proud of each one of my Officers, JCOs and men and compliment you for your dedication and sacrifice. Let’s work for a peaceful 2014”. General Chachra asserted.
MORE AT http://www.scoopnews.in/det.aspx?q=34022