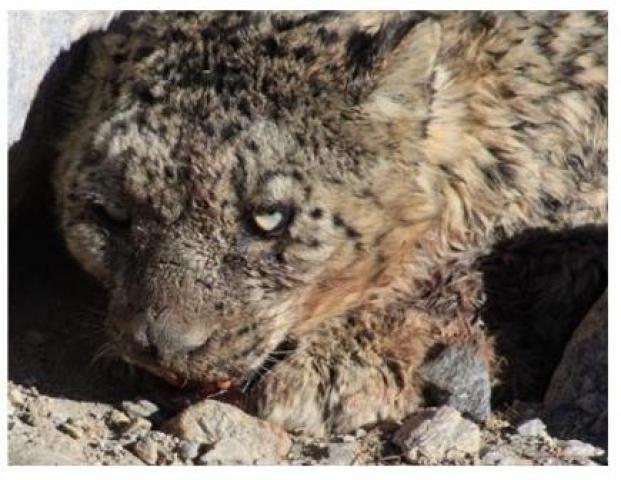 Udhampur-Jammu, March 3 (Scoop News) – Indian army rescued an injured snow leopard who was trapped by the villagers of LAGA village near Tangtse in Ladakh of J&K state.

According to reports reaching here the snow leopard was hiding behind a big stone. On getting information about the snow leopard, which is among endangered species, troops from nearby location rescued it with the help of a camouflage net and a blanket.

Meanwhile, the department of Wild Life was contacted at Leh and a team from the Wild Life department headed by Mr. Norbu, reached at LAGA village and  shifted the injured snow leopard to the Animal Rescue Centre with the help of the Army troops, where it was treated, fed and kept overnight.Finally injured lepored was shifted by the Wild Life team to Leh for treatment & rehabilitation.