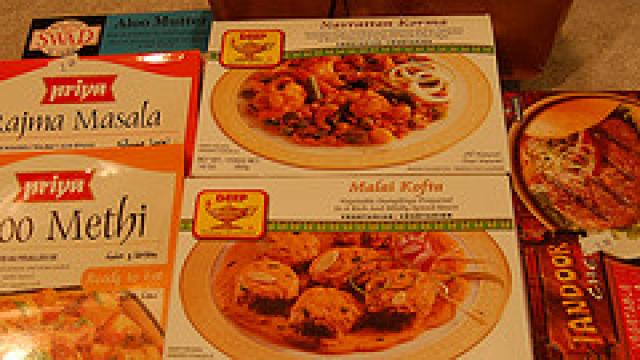 According to a recent survey, shoppers across the country have slashed their grocery shopping bills in an attempt to curb spending during an impending global recession. This comes despite the fact that the food and grocery-retailing sector was presumably considered recession proof. However, the sector was not able to withstand the onslaught from the ongoing economic slowdown. The economy of India grew at a rate of 6.7 percent in 2008-09 – that figure compares to 9 per cent from year ago figures. This downward trend in growth was observed among shoppers who tried to curtail spending by ‘downtrading’ and stalled from purchasing big-ticket items, like furniture and automobiles. Despite forecasts that suggest that the U.S. and global economy are picking up, the Indian economy is expected to grow a mere 5-7 per cent in the current fiscal year. The survey entitled ‘Grocery Shopping Survey’ reported that about 20 percent of those polled in Mumbai and Delhi revealed that they had cut their shopping budgets. Apart from that, another 40 per cent of shoppers in Mumbai confessed to having slashed of their impulse purchases. The survey also showed that the numerous shoppers are giving up their brand loyalty. Almost half of all those surveyed said they had changed to brands that either costs less or offered more value per rupee. Grocery shoppers admitted to searching for value while shopping. Approximately, 75 per cent of those who took the survey commented that they had switched their pack sizes to include more savings: “Either they have switched to larger pack sizes for greater economy, or to smaller pack sizes to minimise absolute outflow,” the survey reported. Managing Director of Cartesian Consulting, which performed the survey, Sandeep Mittal told Business Standard, “The recession has had a definite impact on grocery shopping, although perhaps to a lesser extent than areas such as ‘non-essential’ shopping — department store, apparel, travel, leisure, luxury, etc.” Organised retail is expected to account for 5 per cent of India’s retail market, which now tags at $350 billion. According to earlier projections, Indian retailing was forecasted to grow at a rate of 30-35 per cent in 2009 as opposed to the 2007-08 rate of 50 per cent.