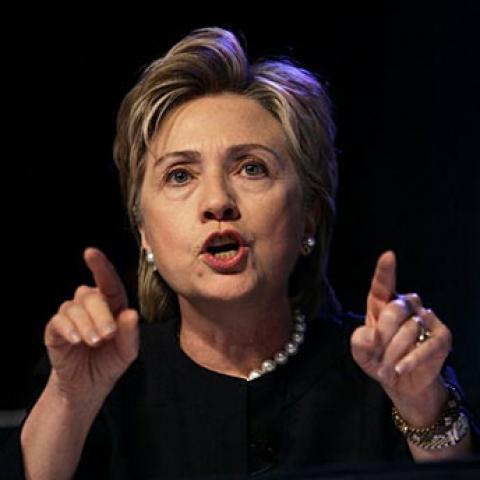 : The recent Indian visit of U.S. Secretary of State, Hillary Clinton has very much disappointed Indian government and the masses which have pinned high hopes with it.

Though tried to use the Ajmal Amir Qasab’s card that again came in light due to the confession in the court and its so-called links with , according to Indian government and media.

The sole survivor of Mumbai terrorist attacks, Ajmal Amir Qasab, is again in the news these days, however, the Indians tried to use this card at the time when the U.S Secretary of State was visiting the country, but the results did not come in their favor.

The Indians were already very much angry with the Gillani and Singh’s meeting at the Egyptian city, Sharm-al-Sheikh, and a visible U.S pressure was seen, because was reluctant of any meeting or dialogue with , while using the pretext of Mumbai terrorist attacks ion November 2008.

Eventually, Pakistan has provided the India with the evidence of Indian involvement in the unrest and funding the Taliban militant groups in Swat, Malakand division and the tribal areas as well as the Baluch separatist groups in the troubled parts of Baluchistan that share the common borders with Afghanistan.

As a matter of fact, the Indian consulates are not issuing the Indian visas on the Afghan land but they are also involved in many other activities and backing the terrorist and separatist movements in is also the part of their agenda.

This blame game from the Indian side is not new, there are numerous precedents in past because the Indians are not willing to digest the fact that a country named as exists, on the other side of the border.

The U.S inclination towards has given a severe headache to Indian think-tank and the policy makers and they seem failed.

Although when we look profoundly at , beyond the lies and rumors of the Indian state news channels, the facts are absolutely different, the country whose army and government have been involved in the killing of innocent people from the minorities likewise Muslims and Christians.

The lingering issue of Indian-held , where every years, hundreds are killed, women are raped by the Indian troops since 1947, one of the worst examples of state terrorism in .

To avoid the incidents like Mumbai attacks, will have to reconsider its unjust policies and the atrocities on the minorities along with eliminating the Hindu terrorist groups like Sri Ram Sena, Sri Shiv Sena and Bajrang Dal.

Just beating the drum of democracy and equal rights could not dispel the fears of the minorities nor could it serve the Indian interests because things are not always black and white.