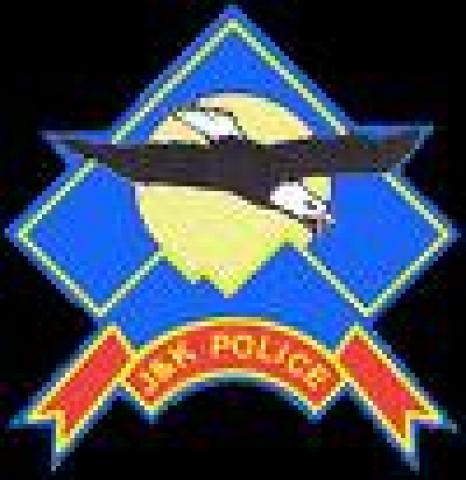 July 15 (Vijay Kumar) – Police busted another LET module in and arrested two OGW’s who were intending a major strike in city.

Police said that on a specific information a team of Srinagar Police laid a Naka in Dalgate area where  the movement of two LeT OWG’s was expected. The police party detained two persons in suspicious circumstances and upon checking a live hand grenade, Indian Currency Rs. 25,000/ and some incriminating documents were recovered from their possession.

The persons were identified as Fayaz Ahmad Bhat son of Abdul Qayoom Bhat resident of Kishtwar an employee of a at Parraypora Baghat Srinagar and  Mohammad Yusuf Panchoo son of Mohammad Khaleel Panchoo resident of Tarigam, Banihal a released militant of LeT outfit. Their rented accommodation in Hyderpora was raided and a Mobile phone, a battery circuit for making blasting IED’s and some incriminating documents were recovered.

The disclosures by the duo reveal that they were behind grenade blast in Dalgate area and were in contact with senior cadres of LeT outfit. The currency recovered from their possession was to be used in carrying out terrorist activities in city. Further investigation into the matter is on.

According to police spokesperson, a grenade throwing module was also busted by police by arresting four persons from .

He said,Police received a tip off regarding the presence of two Over Ground Workers (OGWs) of Lashkar-e-Toiba in Maisuma area. Based on the input a Police party was rushed to the spot and both the OGWs were arrested and a live grenade was recovered from their possession.

On their disclosure two more persons namely Nisar Ahmad Bhat son of Ali Mohammad Bhat resident of Saidpora Sopore and Farooq Ahmad Rana son of Mohammad Yousuf Rana resident of Handwara were arrested. On questioning, the group disclosed that they were behind grenade throwing incidents on Police Station Sopore, Police Station Baramulla and grenade explosion in Gow Kadal and Jahangir Chowk in city and were planning for more such attacks in the busy localities of . Based on their disclosures one Pika Gun, four rifle grenades and 100 AK 47 rounds were recovered from their possession.

In another case Police also solved the Asrar Mushtaq murder case by arresting the  two persons involved in the perpetration of the crime besides the motorcycle of Asrar Mushtaq was also recovered from the house one of the accused .

On 04.07.2009 a missing report was lodged in police station Maisuma at around 1230 hours in respect of Asrar Mushtaq S/o Mushtaq Ahmad R/o Maisuma. It was reported that Asrar had left his house and was last seen by his friend in Karan Nagar area at around 0730 PM on 3rd July-2009, where reportedly he had gone to deliver a Pen Drive. Police immediately swung into action and  search was launched by police station Maisuma under the supervision of SDPO Kothi Bagh. However, no clue could be struck Meanwhile police procured the call details  of his mobile and his last tower location was reported to be Nowshera Soura at around 0924 PM on 3rd of July 2009.

During investigation of the murder of numerous suspected persons were brought for questioning and ultimately the finger of suspicion went towards Imran Aslam Baba S/o Mohammed Aslam R/o Green Avenue Ellahie Bagh who happen to be friend of the deceased and they used to exercise daily in the evening at a local Gym. During interrogation said Imran Aslam Baba confessed his crime and divulged that he had developed intimate relation with a girl through internet chatting and phone but afterwards the deceased also came in contact with the same girl and was dating her.             Because of this he felt jealous and decided to teach him a lesson, he hatched a conspiracy with his friend Asim Ali Vaida S/o Ali Mohammad R/o Central Avenue Ellahie Bagh and on that fateful  day he took deceased to his Ellahie Bagh residence and in his bed room he hit him with an iron rod causing his on spot death afterwards they wrapped his mutilated  face with packing tap and dumped the body beneath the bed and locked the room from out side. They dumped the motorcycle of the deceased in the house of Asim Ali Vaida.

On 7th of July-2009 when they realized that body has started stinging he brought Maruti car bearing registration number JK01F/3103 from his maternal uncle and took the body to Malkah in the said car and dumped it there on road side. The Motorcycle, Iron rod with which deceased was hit, Chapel of deceased and Chapel of accused Imran Aslam were recovered and the Maruti Car mentioned  above was seized from Ellahie Bagh and Karan Nagar localities.