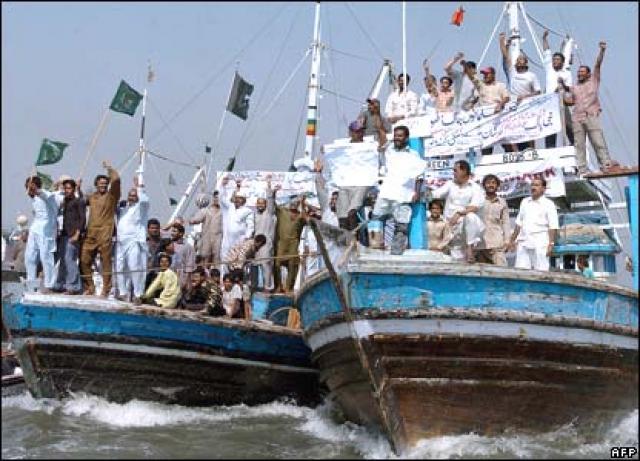 Karachi: Indian Maritime security agency personals enter the Pakistani side and abducts 18 fishermen from the sea.

The fishermen were kidnapped from Khat, some 18 nautical miles away from the Karachi city of the south Pakistani province of Sindh.

However, Most of the fishermen are from the town of Dir, located in the north western Pakistan.

The fishermen had left for fishing today in the sea from the Korangi site of Karachi city and when they reached the sea and started fishing when the Indian Maritime security men approached them and they were abducted.

Later on, a launch with 5 other fishermen came back to the coast and passed the news of the abduction of the 18 fishermen.

Filed under: Opinion, World
Share Tweet Pin G Plus Email
previous article: No possibility of handing over the Ajmal Qasab to Pakistan: India
next article: election held of DBA