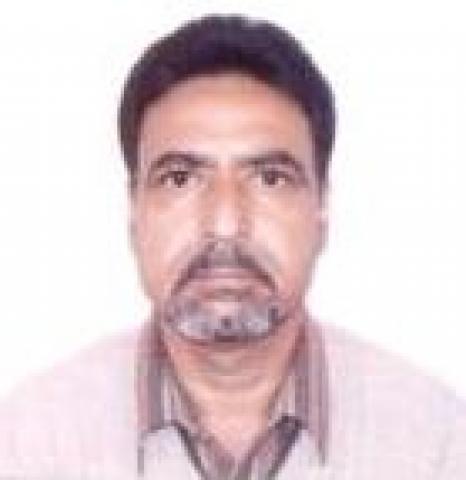 Mr Wali a meteorologist with India Meteorological Department was deputed to Antarctica as a member of the winter over team of the 28th Indian Scientific Expedition in November 2008 and was expected to return back by November 2009.

He is survived by his wife Rita Wali and daughter Ranshu Wali. The Wali family is based in Najafgarh, .

Indian Research Base, Maitri Antarctica and at National Centre for Antarctic & Ocean Research, Goa condole the death of Shri Kuldeep Wali and pray to God almighty may his soul rests in peace and for strength, courage and solace to the family to bear the irreparable loss.

They said,His contributions to Antarctic science will always be admired by future generations. Shri Wali will always remain in the hearts of fellow Antarcticans and remembered with fondness.

An intelligent scientist, adorable multifaceted personality and an energetic member of the team who would bring smile to many faces, would go an extra mile to help others as also would stand by in the hour of need, is no more with us,said the officers of Research centers.

‘Roots In ‘ condole the death of Shri Kuldeep Wali and pray to God almighty may his soul rest in peace and for strength, courage and solace to the family to bear the irreparable loss.

The core team of ‘Roots In Kashmir’ meets this evening at its headquarters to pay our homage to the departed soul.