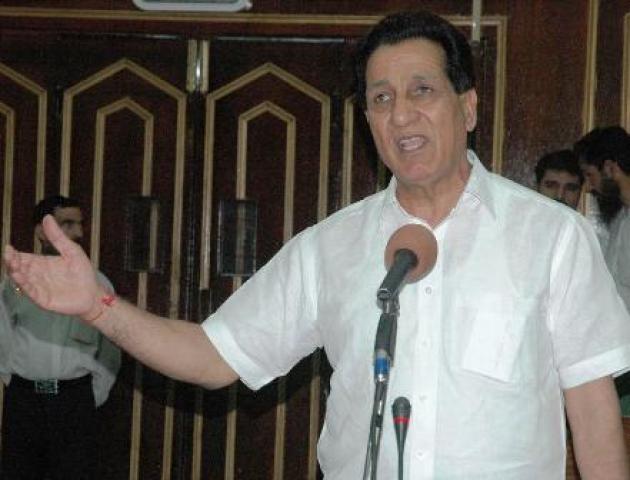 , March 23 (Scoop News) — J&K Minister for Youth Services, Sports and Technical Education, Prof. R. S. Chib today said that  the Union Ministry of Labour and Employment will train 8000 youth from in various job oriented trades in various ITIs across the country. The aim is to take advantage of the modular employment programme in sectors with high employment opportunities and applications for this are being invited from the eligible aspirants, he added.

R. S. Chib today in the Legislative Assembly was replying to the discussion on Demand of Grants for the departments under his charge.

Prof. Chib said that the Government intends to train 40 lakh youth of the State in different job-oriented trades till 2022 to enable them get jobs within and outside country.

The Minister said that that Government will strengthen all the existing Government Polytechnics through Central funding and Rs. two crore will be spent on each institution. He said a proposal to this effect has been submitted to the Ministry of Human Resources Development for funding. He said that the Government will establish 18 new Polytechnic Colleges in uncovered districts of the State for which land has been identified and work will start soon.

Chib said that to encourage women enrolment in the Polytechnics, the Government will construct women’s hostels in all existing Polytechnic Colleges under the coordinated action plan for skill development. Rs. one crore will be spent on each hostel, he added.

The Minister said that there are 48 ITIs and one ITCs functioning in the State with a total seating capacity of 9252. He further said that, out of 5 new sanctioned ITIs, 4 ITIs at Banihal, Bani, Nowshera and Hajan have been made functional by internal arrangements, while ITI Gurez shall start its functioning during the next year.   In order to strengthen the functioning of the ITIs, he said a committee has been constituted to study the gaps in infrastructure, manpower and machinery in these institutions.

Highlighting the achievements made in the Youth Services and Sports, the Minister said that around 2.35 lakh students are being covered under various sports competitions at District, Division and State level. He said that Government has sponsored about 800 student players for participating in the National School Games outside the State who secured 11 Gold, 15 silver and 17 bronze in different activities.

Later, the Members withdrew their cut motions and the House passed the Demand of Grants amounting to Rs 53354.71 lakhs with voice vote.