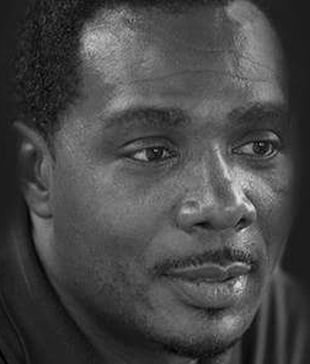 Indiana Governor Mike Pence successfully goaded Keith Cooper’s lawyers to file a post-conviction petition on October 3, 2016, that seeks to overturn his 1997 robbery conviction. On September 20, 2016 Pence informed Cooper that he couldn’t consider his pardon request until he exhausted his legal options to overturn his conviction. As a result of Pence prodding Cooper’s lawyers to act on his behalf, Cooper could be awarded $5 million or more in compensation from a federal civil rights lawsuit if he is able to have his conviction overturned by a court. He wouldn’t get 5 cents if granted a pardon. 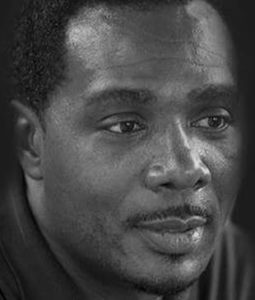 Cooper and his co-defendant, Christopher Parish, were prosecuted for charges related to the non-fatal shooting of Michael Kershner during a robbery in an apartment in Elkhart, Indiana on October 29, 1996. Cooper and Parish were tried separately.

Cooper was convicted by a judge in September 1997 of robbery resulting in serious bodily injury, but he was acquitted of attempted murder. During Cooper’s trial the prosecution alleged that when committing the crime he wore a hat with the letter “J” inscribed on the front that was recovered from the crime scene. Cooper’s lawyer agreed to a stipulation that a test of DNA recovered from the hat’s sweatband was inconclusive and couldn’t exclude Cooper as the source. Cooper, who waived his right to a jury trial, was sentenced to 40 years in prison.

Parish was convicted by a jury in June 1998 of attempted murder and robbery resulting in serious bodily injury. During Parish’s trial the “J” hat allegedly worn by Cooper was introduced into evidence by the prosecution as proof of Parish’s guilt. The jury rejected Parish’s alibi defense — supported by seven eyewitnesses — that he was with his wife and children 110 miles away in Chicago at the time of the crime. Parish was sentenced to 30 years in prison (Concurrent 30 year prison terms for both of his convictions.).

After Parish’s direct appeal of his convictions was denied in 1999, he filed a pro se post-conviction petition in 2000 that was based on new evidence the prosecution fabricated the claim there had been a robbery and shooting in the apartment, and that his lawyer provided ineffective assistance of counsel.

During an evidentiary hearing in August 2004 an Indiana State Police Laboratory DNA expert testified that prior to Parish’s trial DNA testing of the “J” hat allegedly worn by Cooper excluded the presence of Cooper’s DNA. However, the prosecution not only failed to disclose that exclusionary test to Parish’s lawyer, but argued to the jury that the finding of the hat at the crime scene was proof of Parish’s guilt. There was also testimony during the hearing that in March 2004 the DNA on the hat was matched to Johlanis Cortez Ervin. In 2002 Ervin was convicted of second-degree murder and a firearm charge in an unrelated case, and he was sentenced to 62 years in prison.

During the hearing Parish’s trial lawyer Mark Doty testified he was unaware of the exclusionary “J” hat DNA test results, and the “crime scene” photographs and police reports that undermined both the prosecution’s theory that the “crime” occurred in the apartment, and Parish’s identification as one of the alleged perpetrators. The photos and reports supported that the fake apartment shooting story was concocted to cover-up that Kershner was actually shot in the apartment parking lot, while he was on home detention for a gun related conviction.

Doty testified during the hearing, “Had I done a good job, my client would not have been convicted.” That testimony echoed Doty’s statement six years earlier during Parish’s sentencing hearing, “I feel that, perhaps due to some of my failing as an attorney, maybe I didn’t do as good a job as I – as I could have.”

Parish appealed the denial of his petition by Superior Court Judge Stephen Platt.

On December 6, 2005 the Indiana Court of Appeals reversed Platt’s ruling, and vacated Parish’s convictions and ordered his retrial based on ineffective assistance of counsel by his trial lawyer. The Court ruled that because Parish’s lawyer failed to “conduct any meaningful pretrial investigation” that would have discovered evidence the shooting occurred outside the apartment and Parish (and Cooper) weren’t present, Parish was unable to undermine the trial testimony that Parish (and Cooper) where involved in a robbery and shooting in the apartment that didn’t occur. The Court also ruled that Doty failed to object to an erroneous jury instruction.

In July 2006 Parish was released on bond pending his retrial.

Cooper filed a petition for a new trial based on the evidence discovered during Parish’s post-conviction proceedings. Cooper was released on April 27, 2006 after he accepted the offer of the Elkhart County DA for his sentence to be modified to time served in exchange for agreeing to drop his post-conviction petition.

In 2009 Cooper filed an application for an executive pardon that included Kershner’s recantation of identifying Cooper and Parish as his assailants: “It would be a blessing from God for an innocent man to get off, and I am so sorry for falsely accusing you. I swear to God I really thought you were the one. Please forgive me and God forgive me. I was wrong.” (Man asks for pardon after name is cleared, The Elkhart Truth, March 29, 2009) Governor Mitch Daniels did not grant Cooper a pardon. After a hearing in February 2014, the Indiana Parole Board unanimously recommended Cooper’s pardon.

Indiana Deputy Public Defender William D. Polansky wrote a “To Whom It May Concern” letter on January 22, 2016 that expressed his opinion Cooper was barred from pursuing his exoneration in a post-conviction petition because of his sentence modification deal in 2006. However, Polansky’s letter was flawed because it did not present any evidence of a judicial order that the withdrawl of Cooper’s petition in 2006 was with prejudice. Since it wasn’t dismissed with prejudice, Cooper could file a petition to overturn his conviction that includes all the evidence of his innocence, including Kershner’s recantation in 2009.

On September 20, 2016,  Mark Ahearn, General Counsel for Governor Pence, informed Cooper in a letter that his pardon request couldn’t be processed until he exhausted his judicial remedies to overturn his conviction. Ahearn stated, “…we need to be certain the judicial process is complete and has been given every opportunity to address any error that may have occurred.”

If Cooper is successful in getting his conviction overturned, he would be able to file a federal civil rights lawsuit seeking compensation just as Parish did.

Parish filed a federal civil rights lawsuit on September 24, 2007 against the City of Elkhart and three former Elkhart PD officers. Parish’s lawsuit alleged: “Almost immediately after the Kershner shooting, defendants Rezutko, Abrose, Cutler, and the other law enforcement defendants determined to falsely implicate Parish and to build a false case against him, with the aim of securing his false arrest and then his false imprisonment.” After more than seven years of litigation, in November 2014 Parish and the City of Elkhart settled his suit for $4.9 million.

Filed under: Law, News
Share Tweet Pin G Plus Email
previous article: The benefits that can be gained from online shopping
next article: Speedy Information Dissemination, A Priority For The Government: Col. Rajyavardhan Rathore