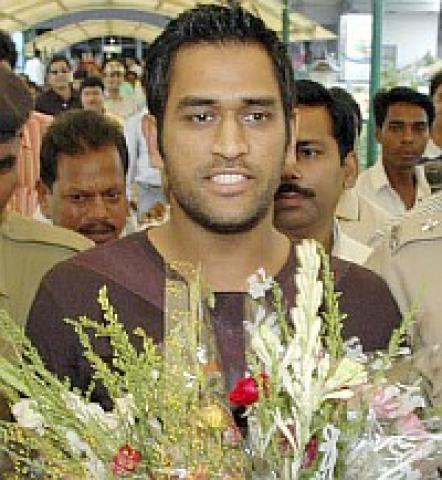 "Rajiv Gandhi Khel Ratna" Award, the country’s biggest bang award , for a sportsperson is decided to give to Mahendra Singh Dhoni this year.

For his victorious performance in leading the teams Twenty-20 Victory and his credentials to thrive the energies in the team, An expert committee, chaired by Milkha Singh, on today met to discuss the nominees and they decided to confer the award on Dhoni.

After Sachin Tendulkar, Dhoni became the second person to bag that award. Anyway, Official announcement will be given on August 20. But the sources leaked the matter.

Ratnakar Shetty, BCCI chief Administrative Officer told the reporters about Dhoni as, "What I like most about Mahi, apart from his cricket, is the way he leads. He is a cool customer and never gets agitated. I’m also impressed by his clarity of thought. He speaks his mind even if it may not be seen in the right sense," he added.