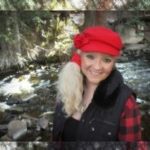 1888PressRelease – Luanne Hunt’s thought-provoking new holiday single “The Greatest Christmas Gift,” which delivers a message about the over-commercialization of Christmas, debuted this month in the Top 20 on Europe’s premier Hotdisc chart.

Christmas music typically focuses on all things merry and bright but award-winning, critically-acclaimed Indie country music star Luanne Hunt says there definitely can be a dark side to the holidays.

The singer/songwriter believes commercialism has gotten way out of hand, causing many people great financial distress.

For years, Hunt said she has thought about writing a song on the subject. So a few months ago, she and her husband/writing partner Steve sat down and reworked the lyrics of an old holiday tune in their catalog they believed would provide the perfect backdrop for their message.

It’s titled “The Greatest Christmas Gift” and is currently a Top 20 hit on Europe’s premier Hotdisc chart, which features major and Independent artists.

“Steve and I wound up using the same title he had originally come up with 20 years ago but pretty much changed most of the words,” said Hunt, a two-time American Songwriting Awards winner. “Before we re-wrote them, we talked a lot about the fact that we wanted to say something meaningful that listeners would really connect with.

“Some people may think a Christmas song about commercialism is a downer but it does ring true for many and ultimately comes around to a positive message stating love, faith and family are the true reasons for the season.”

Along with being ecstatic “The Greatest Christmas Gift” is being well received among fans and radio DJs, Hunt said she anticipates it will open up a discussion about whether or not holiday merchandising has gone too far.

“Most of us have fallen right in line at one point or another with the whole holiday buying frenzy,” said Hunt, who landed on the 2009 Grammy ballot with two songs from her “Breaking Through” CD. “It’s really a shame because it stresses people out and prevents them from enjoying what is supposed to be a time of rest, relaxation and renewal.”

“‘The Greatest Christmas Gift’ has certainly struck a chord with many DJs here in the UK, said Cameron. “The minute I heard it, I knew it would go over very well.”

Over her illustrious career, Hunt has built a sizable catalog of yuletide music, including two songs that were American Songwriting Awards winners. In 2013 and 2014, she won honors in the contest’s Best Holiday Song category for “If Christmas Were Mine” (2013) and “The Hosts of Christmas Past” (2014).

Earlier this month, Hunt’s hit song “Christmas Without You” landed on two popular Internet publications’ “Best of Holiday Songs” lists. The first, Truckers News, provides the No. 1 mobile app for truck drivers across the U.S. The second, the award-winning Autostraddle, has a readership of 2.5 million per month.

Songs from Hunt’s 2008 CD, “How Christmas Feels To Me” can be heard on Pandora Radio, as well as the popular Sounds of Christmas Internet radio station.

“The Greatest Christmas Gift” is available for a free download along with all of Hunt’s holiday music at http://www.luannehunt.com