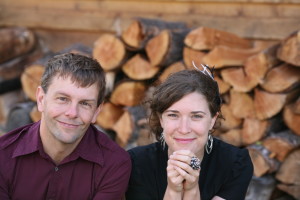 Indie folk singer/songwriter duo, March To May have signed with MTS, for the publicity and promotions of their forthcoming April 25, 2015 album release, The Water’s Edge. The release will be available on iTunes, Amazon, Spotify and all major online retail outlets. The album will be serviced to college, folk and Americana radio stations, ahead of the release date.  The duo (Darren Guyaz and Beth Wesche) will support the release with an aggressive interview  and appearance schedule, and live performance dates.

“I am so happy and proud to welcome Darren and Beth to the MTS Family,” said Michael Stover, head of MTS Management Group. “They have a very unique and personal sound to their music. Beautiful melodies that interweave with each other, and fantastic musical ability.  This is the kind of music that is just tailor-made for tv and film licensing, too.  They have a similar vibe to their friends, Bradford Loomis and Beth Whitney (The Banner Days), and I think March To May will see the same kind of overwhelming response from radio and the press. They are going to be one of the ‘Artists to Watch’ this year!”

Watch the video for “Embers” at https://www.youtube.com/watch?v=jKfubTm-qZk. 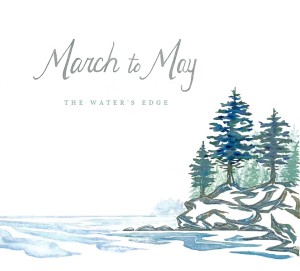 March To May’s Darren Guyaz (guitar, vocals, keyboard) and Beth Wesche (Celtic harp, vocals)  first met in December 2012.  By March 2013, the folk/indie/Americana duo had co-written their first two songs, by April they had a paid gig under their belts, and by May they had a name and shows booked out into the months ahead. Before settling in Seattle, Washington, where the act is now based, both Darren and Beth had traversed the Western Hemisphere separately.  Darren migrated from the northern Appalachians to his birth-state of Montana, before heading on a South American adventure across the Andes mountain range, eventually falling in love with Seattle and the Pacific Northwest.  The daughter of a US Foreign Service Officer, Beth also spent time in the Andes, as well as a host of US states on both coasts, before moving to Seattle, just blocks from where her beloved Celtic harp had been created, years before. March To May’s musical style overlays harp and guitar with rich vocal harmonies, haunting lyrics and riveting melodies.The duo has drawn comparisons to acts like The Civil Wars, The Banner Days, and Robert Plant and Alison Krauss.  The Water’s Edge is the debut release from March To May, out April 25th, 2015.  For more information, visit http://www.marchtomay.com.

MTS Management Group is based in Pittsburgh, PA.  Since 2010, MTS has been responsible for getting indie artists major exposure on top websites, in major publications, and on mainstream radio.  MTS is responsible for chart-topping releases by Ed Roman, Marshall Dane, Josey Milner, Western Avenue, Hicks and Matt Williams featuring Alyssa Morrissey.  For more information, visit http://www.mtsmanagementgroup.com.