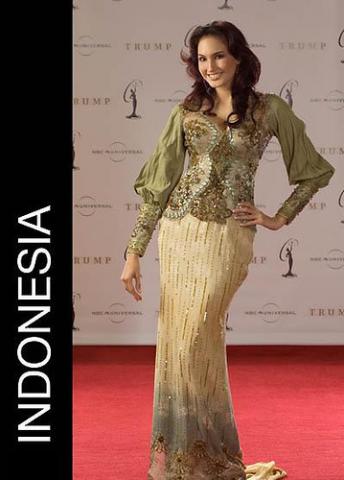 Miss universe Indonesia had passed. One of the candidate win and will move toward to Ukraine about few months after the domestic election. Sandra Angelina elected as a winner of Indonesia miss universe 2008. She was very glad for her achievement until being elected. She was born at Surabaya, East Java, Indonesia. According to the jury, she was elected because not only pretty but also smart, once declared by founder of miss Indonesia, Liliana Tanoesoedibjo whose his husband own the MNC group. Miss itself is abreviation from manner, impressive, smart and social.

Other rangking award achieve by: