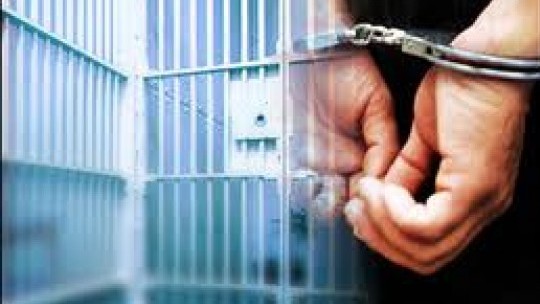 Imagine planning a vacation. When going to book the hotel stay, you find a quality hotel, and a less expensive motel. You choose to stay at the location that will cost you less. Upon your arrival, you find that this discount motel is rancid; it has not been actively cleaned in months, the mattresses are hard as rock and inhabited by bed bugs, the employees treat you with no respect, there is no heat or air condition, and the “complimentary breakfast” food expired three months ago. Is your vacation going to have the same lasting impression as if you were to stay at the other hotel? Absolutely not. Cheaper does not always mean better. In the United States today, the high costs of incarceration are resulting in disgruntled taxpayers. As a result, a movement to increase the commonality of cheaper, privatized prisons has begun, most notably by President-Elect Donald Trump. Though these private prisons can potentially save American taxpayers’ dollars to a small extent, the quality of these institutions yield no substantial benefit to American society in any way.

The mission statement of the Federal Bureau of Prisons (FBP) is to “protect society by confining offenders in the controlled environments of prisons and community-based facilities that are safe, humane, cost efficient,” and aim to “assist offenders in becoming law-abiding citizens.” Their goal is to aid American society by detaining criminals, while rehabilitating inmates into a contributing American citizens – a very noble and respectable objective. Once private corporations are thrown into the mix, however, things become skewed. According to the Bureau of Justice Statistics, private prisons are run by private corporations and contracted by states or the FBP. However, private prisons do not share the same goals as the FBP. For the sake of profit, they aim to keep their institutions as populated as possible.

The Correctional Corporation of America (CCA) owns and controls private prisons within the country. According to their 2012 annual report, they function more as a business entity than a government establishment with goals of corrections. They claim that “any changes with respect to drugs and controlled substances or illegal immigration could affect the number of persons arrested, convicted and sentenced thereby potentially reducing demand for correctional facilities to house them.” They continue “we are subject to fluctuations in occupancy levels, and a decrease in occupancy levels could cause a decrease in revenues and profitability.” Their goals are geared toward profitability. Privatized prisons put strong emphasis on keeping their prisons full as a full prison gives them much more revenue. In that same report, they continue to emphasize the importance of money by stating, “the return of the California inmates to the state of California would have a significant adverse impact on our financial position, results of operations, and cash flows.” Private prisons inhumanely use their prisoners as economic tools.

Inmates being treated as pawns are not the only cruelty that happens within these prisons. Offenders contracted into private prisons are subject to poor healthcare and are more likely to encounter inmate-on-inmate violence than someone being held in a public facility. According to the National Criminal Justice Reference Service, a study conducted by the Virginia Department of Corrections concluded that health care in private prisons was not a high priority. Examples include lack of medical records, equipment that proved to be defective, physicians were unreliable, contractor quality went unrestricted, and costs of contracts were much higher than what was desired.

The contracts between states and the corporations that own private prisons often require “lockup quotas” or “bed guarantee.” That means the state has to fill the cells within the private prisons up to a certain percentage, or face there is a hefty fine. In January 2011, Utah-based Management and Training Corporation (MTC) filed a claim against the Arizona Department of Corrections for failing to meet its contractual obligations related to the lockup quota, asking for almost $10 million to cover the company’s losses under the “bed guarantee.” State prison officials relented, agreed to honor the 97 percent quota beginning May 1, 2011, and paid MTC $3 million in damages, although the empty beds were not filled by then. In addition, two other prisons, operated by GEO Group in Phoenix and Florence, Arizona, have 100 percent lockup quotas. “Why do we promise a corporation that they will be paid, with taxpayer funds, even for prisoners they don’t house?” asked Prison Legal News managing editor Alex Friedmann. “I can think of no other comparable context where the government pays private contractors for services they do not perform.”

Shane Bauer, a reporter for Mother Jones, trained for several months to work inside a private prison for the sake of first hand investigation. Within his months of research at Winn Correctional Center, he encountered an alarming amount of violence between inmates. Not only are private prison inmates 38 percent more likely than public prison inmates to be attacked by other prisoners, guards are more apathetic to these happenings. In an article with Desert News, Bauer recounted how a guard trainee said to him, “you just pit them against each other and that’s the easiest way to get your job done.”  If an inmate is being treated poorly or like they are less of a person, then their prison experience will further their negative behavior, making their likelihood of committing more crime when they are released either unchanged, or higher. Individuals will not change their behavior if they are treated as a second-rate citizen, or in this case, a second-rate prisoner. We cannot expect to see crime and recidivism rates, or the likelihood of a criminal reoffending, drop in our society if we continue to allow the operation private prisons.

The 2016 election year has been historical in more than one way. There is now a Republican presidency, Republican Congress and soon to be elected Republican Supreme Court. The United States will see more conservative stances on issues, tougher stances on immigration and more privatization of business to improve financial standing. According to Google Finance, the stock in CCA rose 43 percent and the GEO Group, their main competitor, rose 21 percent the day after the election. Despite the human rights violations committed by private prisons, it does not deter policymakers from contracting them. In the next four years the United States will see a resurgence of these violations, if the president-elect holds true to his immigrant detainment and deportation policies.

In order to stay up-to-date with information concerning private prisons and other human rights violations, check on American Civil Liberty Union news. The only way that things will change if people actively participate in their local and state government. The aim should be to reform the prison system, to rehabilitate the convicts and not pay corporate America for doing a half fast job with taxpayer dollars. Financially inefficient private prisons cannot continue to be part of the American criminal justice system or recidivism will continue to be a construct within our society.