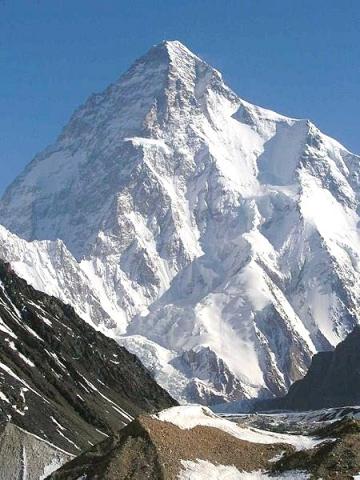 Posted by Christ Coats to findingDulcinea

Spotlighting the deadly risks climbers face at high altitude, an avalanche on the world’s second tallest mountain took the lives of 11 climbers last week. It was the deadliest single event in K2’s history.

While undoubtedly tragic, deaths on K2 like those last week are hardly rare for the perilous 8,150-meter peak.

First ascended by Lino Lacedelli and Achille Compagnoni in 1954, K2 has since earned a worthy reputation as one of the world’s deadliest challenges, with a fatality rate lurking around 25 percent.

As with previous failed attempts, critics, including Fredrik Straeng, a survivor of last week’s disaster, have pointed to a clear lack of experience on the part of new climbers as a cause of the mishap. “The accident could have been prevented. These mountains lure way too inexperienced and naive people,” Straeng said.

Due in part to its remote location along a stretch of border between China and Pakistani Kashmir, K2 has largely escaped the large number of guide-led beginners who have attempted to climb nearby Everest.

However, a long history of death and failure attest to the peak’s demand for skill and experience. There have been 10 times more attempts made to climb Everest as K2, but one-third the fatalities. Last year saw upward of 200 climbers reach the peak of Everest, whereas entire years have passed on K2 without a single successful ascent.