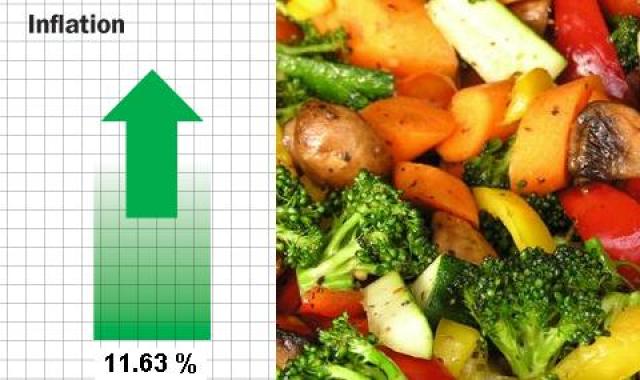 The culprit for the rise in inflation are costlier food items. There has been an increase in prices of main vegetables , fruits , fish , tea , imported edible oils & spices. Beside these the prices of Iron & steel and cement also rose during the week ended June 21, 2008.

The situation looks like there is no respite from the soaring inflation. The inflation is already at its 13 – year high. A lot of measures taken in the past by the government has failed to bring the inflation down.

A year ago during the corresponding week the inflation stood at 4.32 percent. On 29th July, 2008  The Reserve Bank of India at its meeting might again take strict measure and increase interest rate to tame the inflation.

Now all eyes are on the Government of India and Reserve Bank of India as what measure they are going to adopt to tame the inflation.