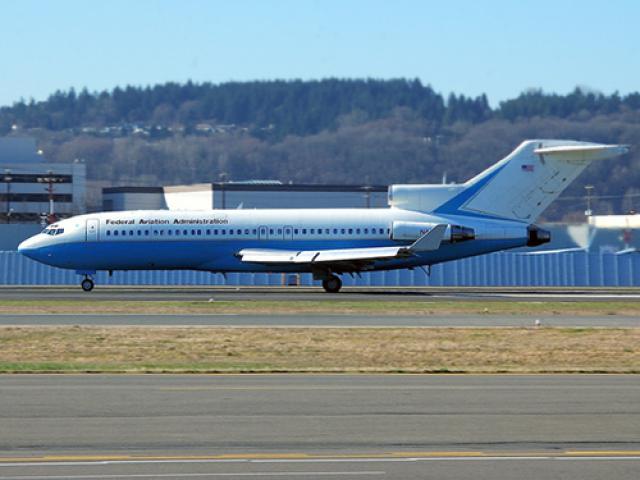 The Federal Aviation Administration’s (FAA’s) relationship with the airline industry is endangering passenger safety, even to the point of punishing inspectors who discover violations, according to the union that represents airline safety inspectors.

The role of inspector as safety enforcer is becoming increasingly overshadowed, and inspectors are being pressured by FAA management not to pursue enforcement actions. FAA safety inspectors are on the front lines of enforcing aviation safety standards. Yet, on far too many occasions, the FAA has labeled its own safety inspectors as troublemakers for simply reporting violations or allowed airline management to demand the reassignment of an inspector trying to hold a carrier accountable.

Brantley, in a statement, says the FAA has not only promoted an internal culture where safety is given second billing, but it has manipulated enforcement to maintain a close relationship between the agency and the airlines.

Punishing safety inspectors for discovering violations or impeding them from making safety of the system their priority should not be tolerated.

The hearing follows allegations by two whistle-blowers that their bosses at the FAA prevented them from enforcing serious safety concerns at Southwest Airlines. The FAA fined Southwest $10.2 million last month for intentionally flying jets that had not been inspected and acknowledged that its inspectors had not acted properly.

According to testimony by Brantley and retired inspector Richard Andrews:

Punctuating the statements of Brantley and Andrews, United earlier this week temporarily grounded dozens of Boeing 777s to test their cargo fire-suppression systems. United said it canceled 41 flights and delayed dozens of others as it carried out work on the long-haul jets after a review of maintenance records showed that a test on a bottle in the fire suppression system had not been performed.

Part of the problem, Brantley says, is that safety inspectors, called systems specialists, have become paper pushers instead of making onsite inspections and there are not even enough inspectors to do the job properly.

The inspectors have been relegated to auditors who inspect more paperwork than airplanes, he says, and the records, which are provided by the airlines, obviously do not tell the whole story. Without tough physical inspections, there is no way to know if the data is accurate or complete.

And the situation could get worse quickly. Recently, the FAA allowed staffing of systems specialists to drop below 6,100, the figure agreed upon by PASS and the FAA as the minimum number needed to maintain the system safely. At the same time, the FAA is losing some of its most experienced inspectors, Brantley says.

With nearly half of the inspector workforce eligible to retire in the next five years, the FAA must address severe understaffing to ensure that it can give proper oversight to the industry. And FAA managers should be rotated on a regular basis to prevent the cozy relationships that appear to be clouding judgment.

While the announcement last week by FAA management to create a system to make it harder to dismiss issues raised by inspectors is appropriate, it reveals an FAA culture gone awry. Even the FAA recognizes that it is not listening to its inspectors when it has to create new safeguards to do so.

Alarmingly the same problem of short staffing also affects the nation’s air traffic controllers. According to the Government Accountability Office (GAO), runway incursions—including fully loaded airliners taking off and landing within 35 feet of each other—last year reached the highest level since 2001.

The GAO report points to overworked and fatigued controllers as one reason air travelers face a high risk of a catastrophic runway collision. An April report by the National Transportation Safety Board (NTSB) also found controller fatigue affects runway safety.

Since 2006, when the FAA walked away from negotiations with the National Air Traffic Controllers Association (NATCA), record numbers of controllers have left the towers and retired, rather than endure the FAA’s unilaterally imposed work rules. Meanwhile, the remaining controllers are forced to work mandatory overtime to make up for the staff shortages.

Just last week, PASS raised the issue of short staffing to highlight serious issues at Leesburg (Va.) Air Route Traffic Control Center, where a communications outage March 26 lasted an hour and resulted in 60 flight delays from New York to Jacksonville, Fla. The outage was caused by problems in a system that provides circuitry and communication functions for the FAA. The company that made the circuitry failed to provide appropriate backup, which would have kept air traffic fully operational following the failure, PASS says.The FAA supervisor at Leesburg failed to note in the troubleshooting database that problems with the circuitry were identified shortly after it was installed in late 2007.

That supervisor also has taken on additional duties, such as holding watch and assisting with technical troubleshooting efforts, due to a staffing shortage at the center, according to PASS.

We’re not getting the resources we need to properly operate the National Airspace System. In this case we’re lucky that the impact to air traffic was minimal thanks to the quick response of systems specialists. However, low staffing and poor contractor oversight has led to thousands of delayed planes for the American flying public, and they should be outraged.