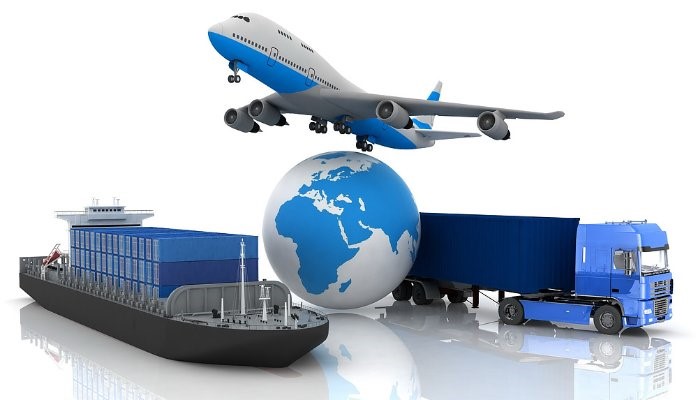 What does Trump and Brexit mean altogether for international trade?

2016 has been an eventful year and it is likely to go down the annals as the year that the trade map of the world was redrawn. The Brexit vote in June is a shocking vote that saw the United Kingdom voting to leave the European Union. Of course, neither Britain nor the EU will remain the same again and the stage is set for multi-year negotiations on how to carry-on in a post-Brexit world.

However, nothing prepared most of the world for the surprising victory of Donald Trump in the U.S. presidential elections. Republican Donald Trump defeated Democrat Hillary Clinton in an election that pundits had considered a foregone victory for the democrats.

More surprising is that unexpected reshuffling in the U.S. congress that saw Republicans having control of congress with a majority in the Senate and in the House. In fact, Nigel Farage, the leader of the UK Independence Party that championed the Brexit was surprised and he said the election of Trump is “Brexit times three.” This article seeks to explore how the Brexit vote and Trump’s victory might affect international trade.

How can a Trump presidency affect international trade?

U.S. President-elect Donald Trump, has been very vocal about the current face of global trade; often blaming globalization for loss of jobs in the U.S. During the campaign, he promised that he would renegotiate U.S. trade agreements. Trump is critical of the North America Free Trade Agreement (NAFTA) calling it the “the worst trade deal maybe ever signed anywhere.”  Trump has also voiced concerns against the Trans-Pacific Partnership Agreement (TPP).

Trump has also vowed to force U.S. firms with foreign  production lines to bring their factories back to the U.S. Trump has directly or indirectly prevailed upon Ford Motor Company to discard its previous plan to move an automobile production plant to Mexico. He has set his sights on American tech firms and he wants them to bring production back to the U.S. Using Apple Inc. as an example, Trump said,  “we’re gonna get Apple to start building their damn computers and things in this country, instead of in other countries.”

However, under President Trump, the United States is likely to trigger a trade war between the U.S. and its trade partners. Interestingly, U.S trade partners such as China and Mexico are already gearing up for a trade war under a Trump presidency. China has declared that it would defend its trade rights as a member of the World Trade Organization. Chinese foreign ministry spokesperson, Lu Kang offered a diplomatic warning saying, “I believe that any US politician, if he takes the interests of his own people first, will adopt a policy that is conducive to the economic and trade cooperation between China and the US.”

How could the Brexit vote affect international trade?

A number of factors contributed to the clamoring for the Brexit vote in which Britain voted to leave the EU. However, one of the main reasons for the agitation of an exit was increase nationalist sentiments among Britons who thought they are submitting their sovereignty to the whims and caprices of the EU. The UK sends huge sums of money to the EU but in turn, it gets an unrestricted immigration inflow, which further worsens the employment situation.

The clamor to leave the EU was spearheaded by some leaders of the Labor Party, Conservatives, UK Independence Party (UKIP), and trade union officials. The Brexit voice got a vehicle to reach the populace through campaigns such as Vote Leave take control, Grassroots Out, Get Britain Out, and Better Off Out among others.

The main message of the campaign to leave the EU was a nationalistic voice claiming that UK’s corporation with member nations of the EU was more beneficial to the EU than to the UK. For instance, the Brexit camp had a campaign claiming that “we send the EU £50 million every day. Let’s spend it on our NHS instead.” Hence, it is quite easy to see why people bought the nationalistic message to vote to leave the EU.

From the foregoing, it is obvious that the UK might want to adopt isolationist economics as opposed to the free market economics that the EU fostered. The Brexit vote has already triggers a huge disruption in the global economic landscape.

To start with, the global equity markets lost as much as $2 trillion in value when investors panicked immediately after the Brexit vote. More so, the City of London is on the edge of a precipice because its future as the financial center of the world is uncertain. However, London’s problem means that global banks that are headquartered in the City must start think about strategic positioning to survive in a post-Brexit world.

How bad will it be if Italy votes to leave the EU?

2016 is shaping up to be the year of massive changes in the global geopolitical and economic landscape. First, the world had to grapple with the Brexit vote to leave the EU, and then American’s voted Trump as president to signal the beginning of the end for establishment politics. Now, Italy is heading to the polls on December 4 to hold a referendum that might strike the next blow on the EU.

Italy will hold a referendum to amend its constitution, reduce the powers of the senate, cut down the cost of running government, and possibly giving the populist voice a stronger stake in governance. Italian Prime Minister, Matteo Renzi is pro-EU but he has promised to resign if Italy votes “No” in the referendum. However, if he resigns, he could make way for the Eurosceptic Five Star Movement (MS5) to gain power. If the MS5 gains power, Italy’s exit from the EU will become fiat accompli.

However, Italy’s exit from the EU could be the final straw that will break the camel’s back as a wave of populist vote sweeps across Europe. For instance, in France, presidential front-runner Marine Le Pen has promised to hold a “Frexit” referendum is she wins the 2017 French elections.

Luigi Di Maio, vice president of the Chamber of Deputies and de facto leaders of MS5, said “in the throngs of Brexit, some have begun to speak of ‘Italexit’. But no one talked about this before.” Nationalist sentiment is brewing in Catalan to leave Spain, Scotland might take another vote to leave the UK, and the threads that bind the countries in Eastern Europe together are very fragile as tribal, regional, and religious sentiments simmer.

Will globalization take a step backward?

However, globalization is not happening in a vacuum and it is doubtful that governments can do much to halt its progress. To start with, advances in transportation, telecommunications, and standardization of industrial processes have all encouraged globalization and governments would need to halt these technological advancements before global trade could be reduced.

Improved transportation systems make it easy, fast, and cheap to move goods and services across continents in record time. Hence, American companies can produce their goods in China but start the sales in the U.S. before taking the products to Europe, Asia, and the rest of the world much later.

Improved transportation systems make it easy for business managers to travel thousands of miles to oversee operations in different countries. Improved telecommunications makes it easy for businesses to have real-time updates on R&D, production, marketing, and sales from data, text, or even video on a computer or mobile device.

The financial industry has also pushed globalization through the efforts of international money transfer companies. Global brands could source cheap raw materials, labor, and even professional services from halfway across the world and use international money transfers to bankroll their operations. The best part is that there’s zero need to physically move cash as the payments from the sender to the recipients can be done electronically.

Critics of globalization hold nationalist sentiments but they can’t deny the fact that globalization through the help of money transfer companies makes FX accessible to SMEs is developing countries. The availability of FX to SMEs fosters a more equitable distribution of global wealth. Global donors and philanthropist can donate billions of dollars to causes that they support but globalization does a much better job than handouts in eradicating global poverty in Asia and Africa.

Can politics halt the pace of globalization?

Donald Trump’s campaign of “Make American Great Again” resonated with voters who thought that they are receiving the short end of the stick despite their government’s best efforts to make the world a “better place”.  The Brexit vote succeeded because Britons were tired of the inflow of immigrants as well as the outflow of funds to bankroll the EU – funds that they felt could be put to better use at home. Now, Italy’s MS5 is campaigning on an “Italy First” chant and it seems that globalization has reached its peak.

Nonetheless, globalization is not the problem even though critics opine that it makes the rich richer while making the poor poorer. The leading populist politicians of the day are capitalizing on the fact that the electorate is tired of the establishment’s collusion with the elite. However, it is bad politics for opposition leaders to accuse current governments of collusion with the elite because they need the support of the same class of elite.

However, the global problems of income inequality, loss of jobs, poor healthcare coverage, declining wages, and increasing cost of living are symptoms of a fundamental problem in global economics. Globalization is one of the solutions to the economical woes of the world but politicians are giving the dog a bad name just so they could hang it.