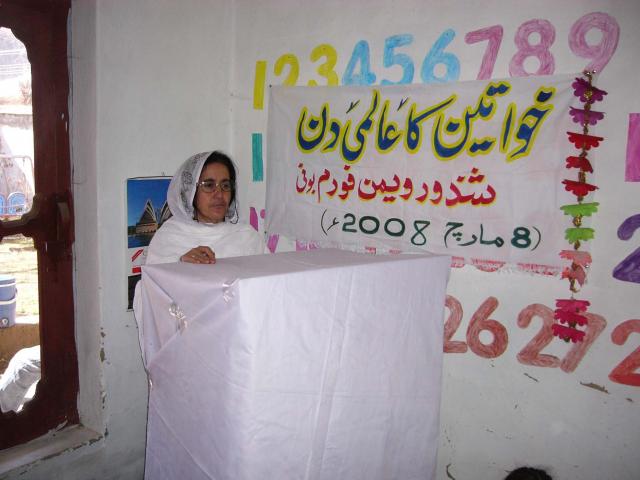 CHITRAL: Like other parts of the country  International Women Day was also celebrated by Shundor women Forum (SWF) in collaboration with Aga Khan Social Welfare Board (AKSWB) Chitral at Booni some 85 KM from here. The program was started with the recitation from the Holy Quran. Miss Farzad Bibi Education officer was chief guest on the occasion while Mrs. Mehrab presided over the ceremony besides them Mrs. Noshaba an Educationist was also setting on the daises.

She also highlighted aim and objectives of their women forum which working for development of women of the area.

Meanwhile an other function in memorandum of international women day was held at Drosh by Drosh women forum in collaboration with Legal Aid Forum for Human Rights financially supported by TROCAIRE. The women folk delivered speeches on women role in uplift of the area and building of society.  They highly appreciated women role in development of the country and caring of their children. Besides other Niaz Ali Shah General Secretary LAFH also attended the ceremony.

Filed under: Lifestyle, World
Share Tweet Pin G Plus Email
previous article: Do You Know how Microscopes Work
next article: How You Can Get Six Pack Abs