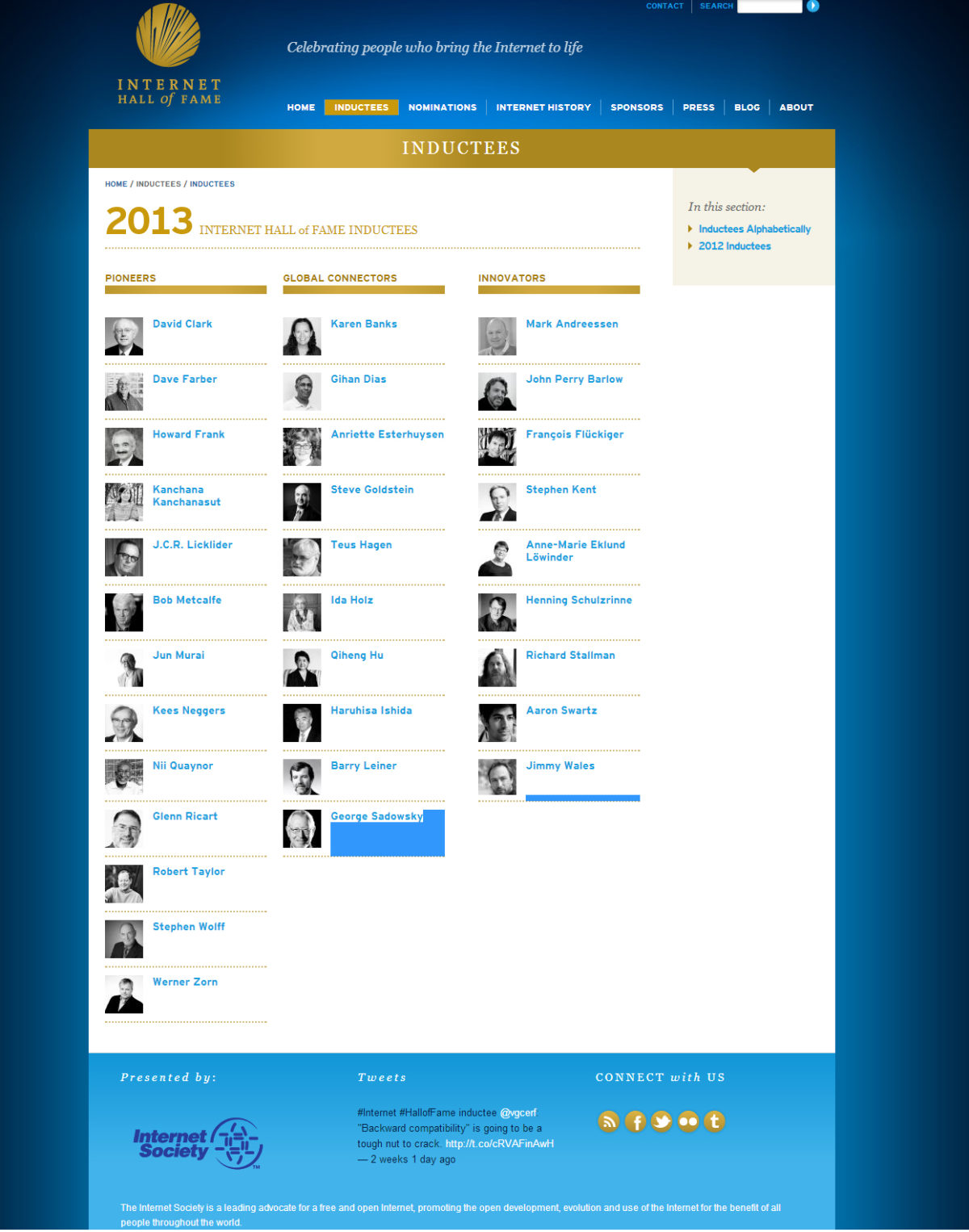 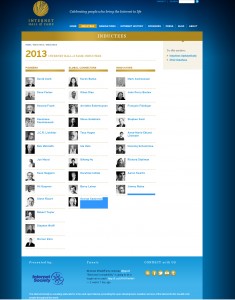 The Internet Society(ISOC) has announced the names of the 32 individuals who have been selected for induction into the Internet Hall of Fame. Honored for their groundbreaking contributions to the global Internet, this year’s inductees comprise some of the world’s most influential engineers, activists, innovators, and entrepreneurs.

The Internet Hall of Fame celebrates Internet visionaries, innovators, and leaders from around the world who believed in the design and potential of an open Internet and, through their work, helped change the way we live and work today.

The 2013 Internet Hall of Fame inductees are:

Pioneers Circle – Recognizing individuals who were instrumental in the early design and development of the Internet:

Innovators – Recognizing individuals who made outstanding technological, commercial, or policy advances and helped to expand the Internet’s reach:

Global Connectors – Recognizing individuals from around the world who have made significant contributions to the global growth and use of the Internet:


“This year’s inductees represent a group of people as diverse and dynamic as the Internet itself,” noted Internet Society President and CEO Lynn St. Amour. “As some of the world’s leading thinkers, these individuals have pushed the boundaries of technological and social innovation to connect the world and make it a better place. Whether they were instrumental in the Internet’s early design, expanding its global reach, or creating new innovations, we all benefit today from their dedication and foresight.”

Last week, the Internet Society announced plans to change the location of its 2013 Internet Hall of Fame awards ceremony, originally scheduled for Istanbul, due to the recent protests and unpredictable environment. The ceremony is now scheduled for 3 August in Berlin, Germany and will also be live streamed at https://new.livestream.com/internetsociety/2013internethalloffame.