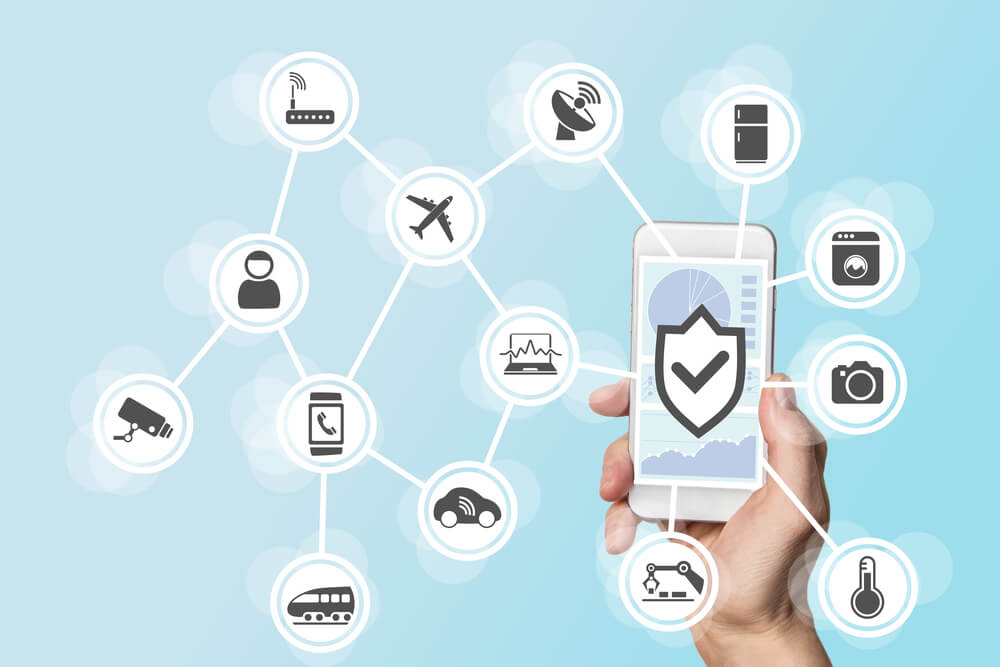 The world is changing, and technology is evolving at a rapid pace. It’s often difficult to keep up with all the consequences of innovation. One piece of tech can have a ripple effect across the world. The Internet of Things (IoT) is one such thing, as it has tremendous potential, unimaginable capabilities, and offers endless opportunities for manufacturers. It’s already changing the way businesses operate and the types of devices we find in our homes.

There are numerous benefits the IoT presents to the business world, and much more will follow once it advances even further. It will go beyond the corporate environment, though, where cloud-based software eases relationships between employees, employers, and customers, and it will affect our daily lives as well. Our homes, our cars, our appliances, and even our bodies can be efficiently influenced through the Internet of Things. It sounds wonderfully futuristic to gain access with the press of a button. The good news is that it will be possible.

Anyone with good internet access will be able to take advantage of these benefits. However, the drawbacks will not be far behind. While the accessibility and availability of the Internet of Things will grow, so will its vulnerabilities. It will shape the future of online security and force companies into changing tactics.

Complex Passwords Will Be the Norm

Perhaps the average consumer finds it irritating to have a provider dictate the content of their password. However, this will go from being an option to becoming a necessity with the evolution of the IoT. It’s for the sake of increased security that would become otherwise compromised without complexity. The Internet of Things will encompass much more than regular accounts or subscriptions to online magazines. It will be used in all industries, ranging from thermostats within our homes to medical devices placed within our bodies.

Data encryption will be invaluable, backed by passwords that could be life-saving. Pacemakers can use the technology to aid doctors in keeping track of their patients remotely. However, that places the latter at serious risk should a hacker intervene with the device. The consequences could be potentially fatal, and it’s equally viable for smart insulin pumps that measure and control the dosage a patient requires. It may seem like a small step, but we are deep in the digital era, and people still use “password” as their password.

HP conducted a study of the ten most popular devices in various IoT niches and found that 80% of them didn’t require a sufficiently complex password. That will change in the future. Protection is vital, and basic safety measures will become not only significant but mandatory.

The Change to White Lists Is Coming

Devices and gadgets that work with the Internet of Things are mostly embedded systems. For example, one can control the temperature in a smart home while another manages the light. That implies that their function is limited so that they can be faster and more efficient. Their security system should be just as specialized, as every device will be vulnerable to a different kind of attack. However, since the variety of products will increase, it will be infinitely complicated to create a new system for each one in part. That is why the tech world will need to resort to other measures, such as white lists.

White lists will help these embedded systems make the process of securing a device from attacks easier. Rather than forcing manufacturers to think about what they’re missing, they will focus on what they should include. That means that instead of creating endless lists of potential threats the security system should know, they will make up a white list of processes it should be restricted to. A secure firewall is all that is needed to assure a two-way communication between devices. It won’t have to be continually updated with the ever-increasing amount of attacks possible, but focus on the types of processes allowed.

The entire firewall policy could, thus, consist of just 20 rules for example, instead of 2,000 rules. This will be crucial for IoT devices, such as smart locks, pacemakers, cars, and many others.

Dedicated Device-Management Agents Will Be Deployed

Wi-Fi networks have taken over the world, and the Internet of Things is growing at an alarmingly rapid pace. That means more connections between devices, more security protocols, and more opportunities for hackers to invade. Research estimates that the number of wirelessly connected devices will surpass 40 billion by 2020. To make it more secure and keep up with the IoT’s developing speed, product manufacturers will need to implement dedicated device-management agents. This software will ensure the communication between the new gadget and existing security management systems, such as McAfee.

The agent will be in charge to reporting failed access attempts of access or even denial of service (DoS) attacks. That means the owner will know when a hacker tried to break into their smart gadget or overwhelm their system into malfunction. It will prompt them to update security software, which is one of the biggest issues of IoT’s to this day. It will fix problems with their infamous lack of auto-updates. Experts in the industry have already begun working on this measure of safety.

The Internet of Things opens owners to new opportunities, but it also creates a gateway for hackers to slip into numerous aspects of their lives. This ranges from baby monitor cameras manipulated, smart cars stopped while in motion, or even gathering health data from your smartwatch. The gravity of the issue has drawn even government participation in creating as safe of an environment for users as possible. Going beyond the complexity of passwords, extra precautionary features to avoid potentially fatal incidents will have to extend to biometrics.

Fingerprints, retinal scans, voice commands, facial recognition, and other hard-to-fake human attributes will get better. Manufacturers are working on this measure of security for mobile devices as a primary method of authentication. The development and necessity underline the absolute requirement for more advanced ways to keep our devices secure. Unencrypted networks we use to connect gadgets might not exist in the near future, but hackers will take advantage of the remaining flaws and exploit them. And that is beyond the fact that technology is ever-evolving, and there will always be a new and better way for them to infiltrate systems.

Biometrics, however, will remain the same throughout our lives, which makes it the perfect solution to a complicated problem.

The need for better security has already started reshaping online security and the way it’s approached. It has bred new alliances of tech firms such as Vodafone, who have founded the Internet of Things Security Foundation. It’s a non-profit organization that handles the responsibility of assuring the safety of internet-connected devices. They are searching for vulnerabilities and flaws, and offering their assistance to tech providers and even end users. Their goal is to drive excellence in IoT security.

Another beneficial consequence is that consumers are developing a better sense of judgment. The average user no longer takes just one measure to assure the safety of their device. They are combining the standard with state-of-the-art technologies, which will ultimately increase the security of the online medium. The Internet of Things will not only reshape online security, but it has already begun.