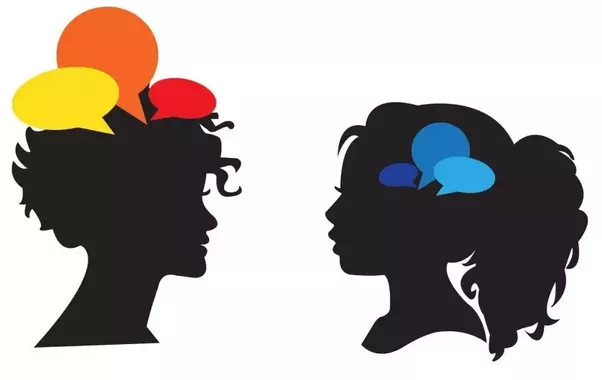 We thought there are two kinds of people in the world.

Both these kinds of people have come together to become friends, life partners, colleagues, and have formed great relationships together. Opposites attract, after all. However, there has always been trouble in one understanding the other. While extroverts find introverts’ need for alone time, space and their comfort with silence terribly dull, introverts find extroverts’ need for constant company and ‘happening’ activity plain exhausting.

If this weren’t confusing enough, it’s the 1920s and enter ambiverts. The common ground for people who displayed behavioral patterns of both introverts and extroverts, is where the ambiverts belong, in the neither-here-nor-there haven. Confused within themselves with their almost split personalities, imagine the plight of ambiverts trying to explaining how on some days the idea of meeting 20 new people is a super exciting opportunity to make 20 new friends on some days, and a dreadful experience of a room filled with people trying to begin pointless small talk. Since this is far more complicated set of people to analyse, lets focus on understanding introverts, extroverts and their relationships together for the length of this piece.

Firstly, there is no wrong and right in a personality type.There’s nothing wrong in partying every night as long as the person works all day. There’s nothing wrong is wanting to encash every opportunity to socialize. Similarly, there’s nothing wrong in wanting to go to the movies alone, go on solo trips or even order-in to avoid human interaction, which is made far easier with the ecommerce revolution with coupons making it easier on the pockets. On the very basic level though, identifying yourself as introvert, extrovert or ambivert might be far more complicated than you’d think.

Are you really an introvert?

Introverts are generally believed to be closed off, self-centred and indifferent to or disinterested in the world. But what if this is simply a personality trait rather than a personality type. While the seven deadly sins are commonly known and widely accepted today, there is one sin that got left behind. The eight cardinal sin being ‘Acedia’ derived from the Greek word meaning ‘lack of care’. A predecessor of and largely similar to the sin of sloth, Acedia was a term used to describe a state of dejection making it difficult to attain spirituality. With interpretations of what it truly means being wide and inconclusive, making the word (ironically so) irrelevant over the years. It is beginning ignite some interest over the intellectual and religious discussions on its similarities to depression. On the surface, the symptoms are quite similar too.The lack of interest dwells into your daily tasks and makes everyday work seem hectic and pointless. Soon enough, this might translate to an overall lack of interest in the present, future or just life. A general lack of interest, the foundation upon which Acedia is laid on, is often confused with the symptoms of apathy and general discontent of depression. While this indifference serves as the common ground between Acedia and depression, depression is a complicated condition with many additional symptoms and cannot simply be defined by a lack of interest.

Acedia, depression, or just a bad day, you’re disinterest in people, is a trait that is a symptoms of a temporary issue. Introversion however, is far more deeply rooted and a personality type that lasts far longer. (read: for life) Introversion,  is also not a condition to fight or an ailment. While extroverts are far more successful with people, Introverts have the gift of self sufficiency. Introverts rarely tend to judge themselves based on the opinions & treatment of people around them and are far more deep thinkers. Hence, a person with introversion personality are highly self aware and lay more importance on subjectivity while the extroverts who depend on their interactions with the external world are far more objective.

Interestingly enough, a theory states that if you pick a person with extraversion personality and dig in deep into their unconscious they have an introverted quality. This happens as the extraverted qualities of an individual develop in their conscious and are dominantly visible, while the introverted behavior and traits are left in the unconscious. Essentially, they are closeted introverts.

The dominant differences, however, ensure they continue to be as puzzled by each other as always. More often than they would like, well wishers have tried to push the discordant introvert out of their shell or get an introvert to stop indulging in, what they view, as introverts’ narcissistic love for attention.  Although you do have their best interest at heart, you might only be adding to their confusion, ultimately leading to an identity crisis.

How do the friendships and relationships work?

In relationships between introverts and extroverts, especially in the case of romantic relationships, these differences can get fairly tricky to handle. Once the honeymoon period passes, so does the appreciation for the novel energy in their lives. Slowly, resentment develops over putting each other in unpleasant situations or environments.

The picture isn’t all bad after all, many introvert-extrovert friendships have proved to get each other out of their comfort zones. Given the difference in  views, preferences and perceptions of life, it could be surprising to see introverted people be drawn to extroverted people and vice-versa.Extroverts push introverts into meeting new people and trying new things, while introverts get extroverts to form deeper thoughts about their surroundings and life. While they might appreciate the challenging process of stepping out of their comfort zone, they are usually thankful of the results.

Although I am an ambivert ( my college psychology lab test says so) and as much as I enjoy interacting with people(for the most part), I am a total sucker for my ‘me time’, the downtime or however the slang goes. A friend from college once tagged me in this meme, which is honestly quite funny. However, while it took me a while to get there, what I eventually realised, is that this was her way of conveying how thankful she was to have me in her life.

There are studies though, that suggest that it doesn’t have to be the personality types that define the strength of the relationship. At the end of the day it doesn’t matter what personality type you are, if you are willing to work towards making a relationship(romantic or non-romantic) work, it most certainly will, given you are ready to keep your differences aside. If sitting and talking doesn’t help. Take a walk with them.

Filed under: Self-Help
Share Tweet Pin G Plus Email
previous article: The False Claims Act and What It Does
next article: Lex Desk: Can You be Held Liable for Your Employee’s Injuries?