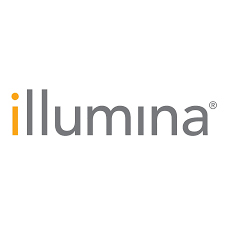 An investigation for investors in NASDAQ:ILMN shares was announced over potential breaches of fiduciary duties by certain directors at Illumina.

Investors who purchased shares of Illumina, Inc. (NASDAQ:ILMN) and should contact the Shareholders Foundation at mail@shareholdersfoundation.com or call +1(858) 779 – 1554.

The investigation by a law firm concerns whether certain Illumina directors breached their fiduciary duties and caused damage to the company and its shareholders.

Then on October 10, 2016, Illumina, Inc. (NASDAQ:ILMN) announced estimated third quarter revenue of approximately $607 million. Illumina, Inc. said that this unaudited estimate, based on management’s preliminary financial analysis, is lower than the third quarter revenue guidance of $625 million to $630 million and that the shortfall in quarterly revenue was driven by a larger than anticipated year-over-year decline in high throughput sequencing instruments, and that as a result, the company expects fourth quarter revenue will be flat to slightly up sequentially.

Those who purchased NASDAQ:ILMN shares have certain options and should contact the Shareholders Foundation.

Filed under: Business, Financial Markets
Share Tweet Pin G Plus Email
previous article: Investor News: Investigation of potential Wrongdoing at Biogen Inc (NASDAQ:BIIB)
next article: Why Is Math And Science So Important In Life After School?