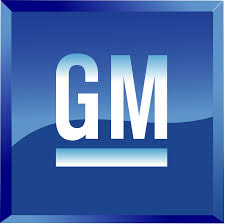 An investigation for investors in NYSE:GM shares was announced over possible securities laws violations by General Motors and certain of its directors and officers in connection certain financial statements.

Investors who purchased shares of General Motors Company (NYSE:GM), have certain options and should contact the Shareholders Foundation at mail@shareholdersfoundation.com or call +1(858) 779 – 1554.

The investigation by a law firm focuses on whether certain statements by General Motors regarding its business, its prospects and its operations were materially false and misleading at the time they were made.

On December 14, 2016, an article was published stating that according to the official China Daily newspaper, a senior state planning official said that “China will soon slap a penalty on an unnamed U.S. automaker for monopolistic behavior” and that Zhang Handong, the director of the National Development and Reform Commission’s price supervision bureau, stated that “[i]nvestigators found the U.S. company had instructed distributors to fix prices starting in 2014.” On that same day, another article was published stating that “General Motors Co.’s joint venture in China with SAIC Motor Corp. is being investigated by the government for possible anti-trust violations, according to people familiar with the matter” and that “[s]ome dealerships in the SAIC-GM network were investigated over retail pricing practices.”

Those who purchased NYSE:GM shares have certain options and should contact the Shareholders Foundation.