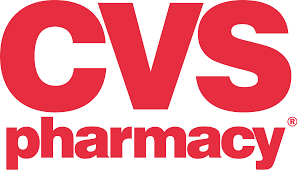 A deadline is coming up on March 23, 2016 in the settlement reached in the securities class action lawsuit filed for investors who purchased shares of CVS Corporation (NYSE: CVS) between October 30, 2008 and November 4, 2009.

Investors who purchased a significant amount of shares of CVS Corporation (NYSE: CVS) between October 30, 2008 and November 4, 2009, have certain options and should contact the Shareholders Foundation by email at mail@shareholdersfoundation.com or call +1(858) 779 – 1554.

The settlement proof of claim form or detailed settlement notice for the settlement in the CVS Corporation (NYSE: CVS) Investor Securities Class Action Lawsuit can be downloaded at: http://shareholdersfoundation.com/case/cvs-corporation-nyse-cvs-investor-securities-class-action-lawsuit-11172009

The lawsuit was originally filed in the U.S. District Court for the District of Rhode Island against CVS Corporation over alleged violations of Federal Securities Laws in connection with certain allegedly false and misleading statements made between October 30, 2008 and November 4, 2009. According to the complaint the plaintiff alleges that CVS Corporation and certain of its officers and directors violated the Securities Exchange Act of 1934 by issuing between October 30, 2008 and November 4, 2009 numerous positive statements regarding CVS Corporation’s financial condition, business and prospects and failing to disclose operating problems in the PBM business, the more than $6 billion in contractual losses for 2010 and the adverse impact this would have on its 2010 financial results. According to the complaint, CVS Corporation disclosed that the Federal Trade Commission (“FTC”) had begun a “nonpublic investigation” in August 2009 into whether CVS Corporation’s business practices and service offerings violated antitrust laws. Among the business practices of CVS Corporation that the FTC is reportedly investigating is the improper use of pricing and patient data from its retail pharmacy operations to steer its PBM members to CVS Corporation stores, so the lawsuit. Then on November 5, 2009, CVS Corporation issued a press release announcing the disclosures of the adverse material facts concerning the PBM business and their adverse impact on CVS Corporation’s financial results for 2010, and the FTC investigation.

Those who purchased shares of CVS Corporation (NYSE: CVS) have certain options and should contact the Shareholders Foundation.