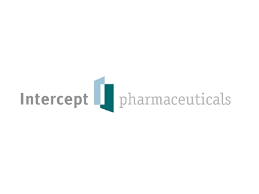 A deadline is coming up on October 5, 2016 in the settlement reached in the securities class action lawsuit filed for investors who purchased NASDAQ: ICPT shares between January 9, 2014 and January 10, 2014.

Investors who purchased a significant amount of shares of Intercept Pharmaceuticals Inc (NASDAQ: ICPT) between January 9, 2014 and January 10, 2014, have certain options and should contact the Shareholders Foundation by email at mail@shareholdersfoundation.com or call +1(858) 779 – 1554.

The settlement proof of claim form or detailed settlement notice for the settlement in the Intercept Pharmaceuticals Inc (NASDAQ: ICPT) Investor Securities Class Action Lawsuit can be downloaded at: http://shareholdersfoundation.com/case/intercept-pharmaceuticals-inc-nasdaq-icpt-investor-securities-class-action-lawsuit-02212014

Those who purchased NASDAQ: ICPT shares have certain options and should contact the Shareholders Foundation.