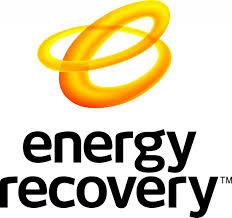 An investigation for investors in NASDAQ:ERII shares concerning potential breaches of fiduciary duties by certain directors and officers of San Leandro, CA based Energy Recovery, Inc. was announced.

Investors who are current long term investors in Energy Recovery, Inc. (NASDAQ:ERII) shares, have certain options and should contact the Shareholders Foundation at mail@shareholdersfoundation.com or call +1(858) 779 – 1554.

According to that complaint filed in the U.S. District Court for the Northern District of California the plaintiff alleges that energy solutions provider Energy Recovery, Inc. issued materially false and misleading statements to investors by failing to disclose significant internal control deficiencies that rendered the Company’s periodic reports filed with the SEC false and misleading.

On September 10, 2014, Energy Recovery, Inc. (NASDAQ:ERII) announced that effective immediately, it has terminated the employment relationship with its Senior Vice President of Sales, Borja Sanchez-Blanco, for cause. Energy Recovery, Inc said that it recently became aware that Mr. Blanco had breached a duty of trust and engaged in conduct which created a conflict of interest with the Company over the course of several years, not in keeping with the Company’s standards for ethics and integrity.

On January 13, 2015, Energy Recovery, Inc. announced that Mr. Thomas S. Rooney, Jr. will be resigning as Chief Executive Officer to facilitate a transition during which the Company will identify and appoint a successor to further lead the Company’s efforts in the oil and gas industry while continuing to strengthen its market leading position in desalination. Shares of Energy Recovery, Inc. (NASDAQ:ERII) declined to as low as $3.73 per share on January 14, 2015, respectively $2.54 per share on January 22, 2015.

On May 24, 2016, a report was published characterizing Energy Recovery’s market value as “excessive” further stating that “the Company has a rich history of over-promising and under-delivering.” The Report also detailed a January 2016 lawsuit filed by the Company’s former Chief Sales Officer alleging that certain Energy Recovery executives had compelled him to provide “false information to Board members and the public” and that Energy Recovery had made a number of misrepresentations with respect to the sales pipeline for its products, the viability of its Vorteq product, and companies for which it was a qualified vendor. Shares of Energy Recovery, Inc. (NASDAQ:ERII) declined on May 24, 2016 to as low as $8.95 per share.

Those who purchased NASDAQ:ERII shares have certain options and should contact the Shareholders Foundation.