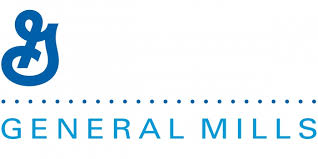 Investors who purchased shares of General Mills, Inc. (NYSE:GIS), have certain options and should contact the Shareholders Foundation at mail@shareholdersfoundation.com or call +1(858) 779 – 1554.

The investigation by a law firm focuses on possible claims on behalf of purchasers of the securities of General Mills, Inc. (NYSE:GIS) concerning whether a series of statements by General Mills regarding its business, its prospects and its operations were materially false and misleading at the time they were made.

On October 5, 2015, General Mills, Inc. announced that it is voluntarily recalling several days of production of Cheerios and Honey Nut Cheerios cereal produced at its Lodi, California facility on certain dates in July of this year because of an undeclared allergen – wheat – with potential adverse health effects.

On November 9, 2015, NYSE:GIS shares closed at $56.43 per share.
Those who purchased shares of General Mills, Inc. (NYSE:GIS) have certain options and should contact the Shareholders Foundation.