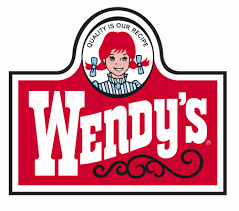 An investigation for investors in NASDAQ:WEN shares over potential wrongdoing by certain of its directors in connection certain financial statements was announced.

Investors who purchased shares of Wendys Co (NASDAQ:WEN), have certain options and should contact the Shareholders Foundation at mail@shareholdersfoundation.com or call +1(858) 779 – 1554.

The investigation by a law firm focuses on whether the Company’s Board of Directors and/or its officers committed mismanagement and breached their fiduciary duties by failing to maintain an effective system of internal controls.

On January 27, 2016, security blogger Brian Krebs of “Krebs on Security” reported that Wendys Co ‘s stated that it was investigating claims of a possible credit card breach at some locations.
On May 11, 2016, Wendys Co’s filed its quarterly statement with the SEC and stated the following, in relevant part: “Earlier this year, the Company engaged cybersecurity experts to conduct a comprehensive investigation into unusual credit card activity at some Wendy’s restaurants. Investigation into this activity is nearing completion. Based on the preliminary findings of the investigation and other information, the Company believes that malware, installed through the use of compromised third-party vendor credentials, affected one particular point of sale system at fewer than 300 of approximately 5,500 franchised North America Wendy’s restaurants, starting in the fall of 2015.”

On June 9, 2016, Wendys Co provided the following update on its investigation: “In this continued investigation, the Company has recently discovered a variant of the malware, similar in nature to the original, but different in its execution. The attackers used a remote access tool to target a POS system that, as of the May 11th announcement, the Company believed had not been affected. This malware has been discovered on some franchise restaurants’ POS systems, and the number of franchise restaurants impacted by these cybersecurity attacks is now expected to be considerably higher than the 300 restaurants already implicated. To date, there has been no indication in the ongoing investigation that any Company-operated restaurants were impacted by this activity.” Shares of Wendys Co (NASDAQ:WEN) declined to as low as $9.15 per share on June 27, 2016.

Those who purchased NASDAQ:WEN shares have certain options and should contact the Shareholders Foundation.